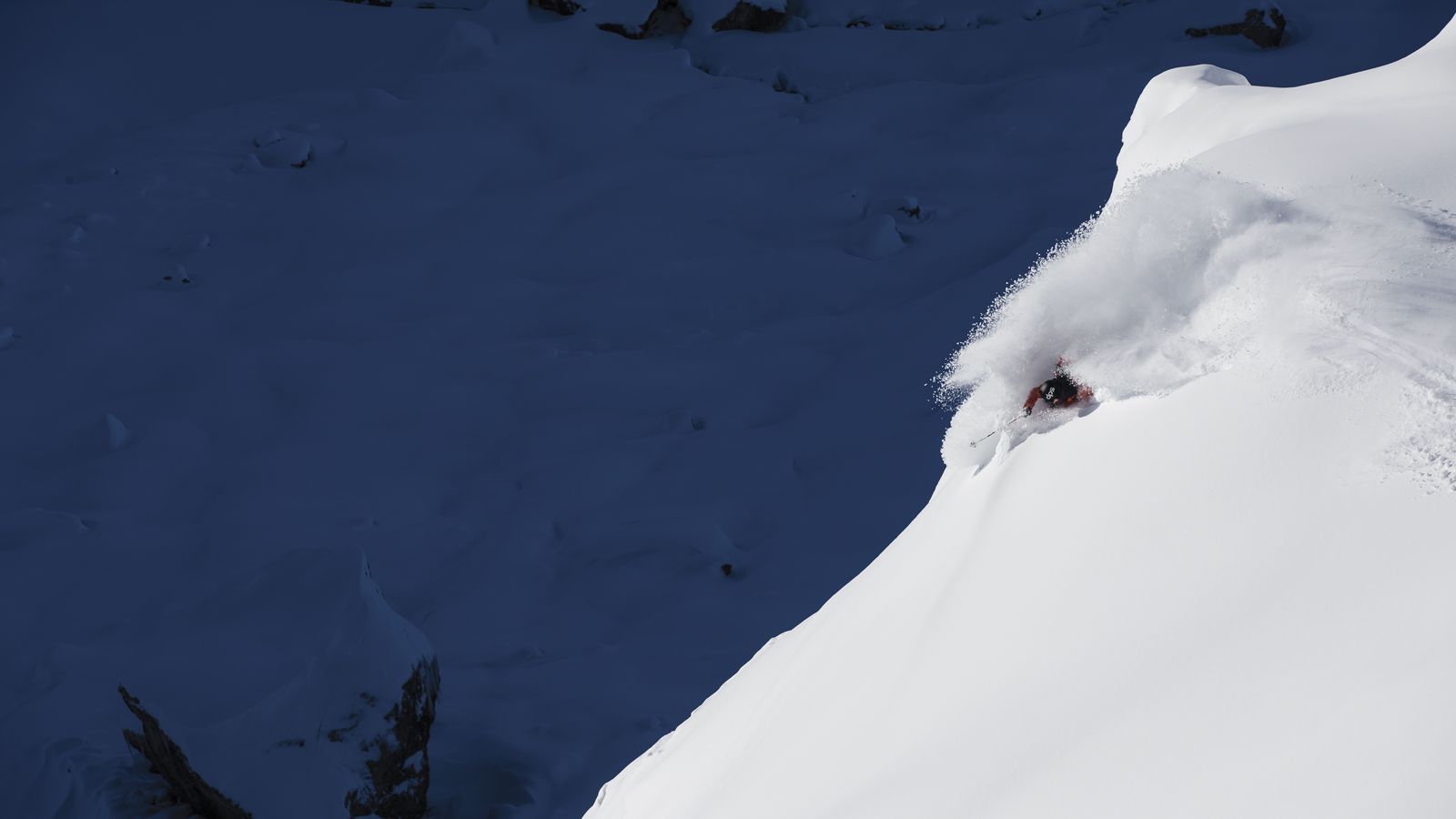 Oskar Enander is all about the contrasts. The colorblind ski photographer—yes, you read that correctly—is fascinated by the dichotomy of light and dark that exists within winter photography. He enjoys blending different shades to turn an ordinary scene into one reflecting a whole different personality than what exists on the surface level. “I love working with the contrast of deep blue shadows and sun or skim lighting and that’s pretty basic; blues and white,” says Enander.

This fall, DPS Skis released an episode of its web-based video series, The Shadow Campaign, focused on Enander’s career as a ski photographer, featuring clips shot in and around his adopted hometown of Engelberg, Switzerland. In fact, the entirety of this season’s crop of videos was shot in Engelberg, which infused the videos with the essence of the world famous Swiss mountain town.

“The best part of last season was the fact that we shot everything in my hometown and got the opportunity to show a piece of this place,” says Enander. “I love traveling to see and shoot other places but when it’s good here it’s hard to beat. Also, having two daughters, one newly-born, it was nice to be here during a long project like this was.”

Enander is DPS’ unofficial staff photographer, but his role within the greater company family is more important than just that. The Swedish-born photographer has been friends with DPS co-founder Stephan Drake since 2003, and his ability to catch the moments where light, shadow and athlete come together perfectly has been a major influence in the “skiing-as-art” persona taken on by The Shadow Campaign.

Here, we present to you 11 of Enander’s images, accompanied by his own captions, from this past winter in Engelberg. We hope the selection conveys Enander’s relationship and appreciation for his home. The photography alone should be the catalyst for you to book your vacation to the Swiss Alps.

“Engelberg has definitely shaped my style of shooting. As I said… I’m drawn to the contrast between sun and shadow and there are plenty of opportunities to get it here. There’s quite a bit of north-facing aspects here, but the sun makes it over the ridgeline creating shadows and skim light that changes as the day and season goes. To me, all of these things make this place magic.”

We were able to get a few hours to shoot in the abbey with Santi and Snowflake. We had agreed on a time with Snowflake to join us but when the time came he hadn’t shown up. Swiss people are always on time so after 20 minutes of waiting we almost got worried. When he finally arrived he was very apologetic, mentioned he is always on time but he just couldn’t stop skiing, it was too good… that’s why he was late.

A classic spot I like to shoot mid-winter. It always looks so fun to ski that specific line as it starts out kind of mellow then rolls over into a steep pitch. Piers knows this convex roller like the back of his hand so it’s easy to shoot with him here.

We had hiked the last 200 meters to get up to the very top of Mount Titlis. It was a very windy and cold day in Engelberg, where the valley fog was almost all the way up to the top. The telephone tower and tram station were almost the only things out in the open.

The Hemispheres Jacket from Outdoor Research will revolutionize your exploration. A Gore-Tex C-Knit 3L shell accounts for its light weight–20 ounces in size large–and breathability while the stretch technology infused in the panels gives you the utmost freedom to move. Insanely large hem-to-pit seams make for efficient heat dumpage while you’re cruising the skin track, too.

This was the first time in this ice cave for me. I wasn’t super comfortable spending time in that part of the cave as it showed signs of ice shedding. I went in and out a few times to get this image of Piers.

This is probably my favorite photo from The Abbey project. This part of the cave felt safer as the ice was thicker and basically no shedding had been going on there. It took a bit of time to set up the shot; Santi had to find a good way to navigate the narrow part I’m standing on and I wanted to be up towards the ice as much as possible. Santi really nailed this shot.