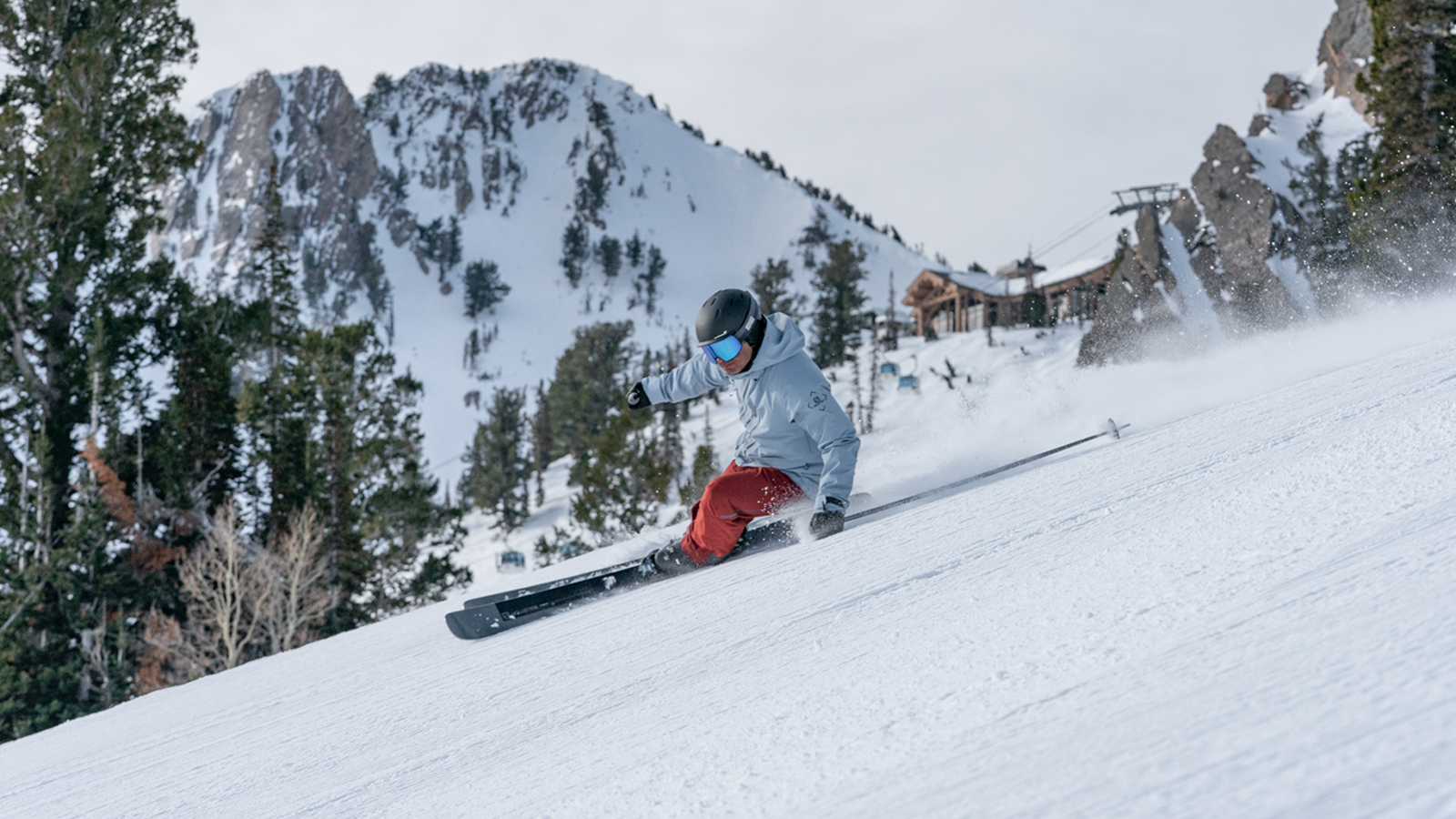 The introduction of  Salomon’s Stance series—with ski widths ranging from 90- to 102-millimeters—answers the plea for demanding, resort-focused riders who want the performance of a purely directional ski in a do-it-all package. Here, we’re taking a closer look at the Stance 96, a ski that lets its performance do the talking. While the appearance is subdued, the real magic is found within the core, which combines a handful of sturdy, weight-conscious materials, and a full metal laminate, to create a product that wants to stay on edge but has the forgiveness to navigate trees, bumps and crud without feeling out of place.

When FREESKIER got a first-look at the Stance 96 during our Ski Test in Aspen, Colorado, our testers were most excited at the versatility of this all-mountain ripper. “Instantly agreeable,” commented one tester on the hop-on-and-charge feeling it elicited. Another went more in-depth, noting that it was “incredibly confidence-inspiring at high speeds and wanted to be pushed harder… the GS-style radius favors longer turns, but varying turn shapes is intuitive.”

So, how did Salomon arrive at such a capable, do-everything ski? The brand’s Alpine Category Manager, Chris McKearin, explains that it was a three-plus year process to get everything ready for full production. “I first got on these skis in the summer of 2018, in Laax [Switzerland] while we were finishing up the [then new] QST skis. Our ski development is all about agility: We lay up the skis, adjust curves, thicknesses and tweak laminates at the Annecy Design Center in our S/LAB. A ski can go from idea to snow in about seven days, if enough espresso is involved.”

The final product features an all-poplar wood core and lightweight yet stiff carbon/flax fiber weave (coined C/FX) as the groundwork for the ski’s poppy, versatile attitude. But fine-tuned metal laminates really provide that extra bit of oomph—a mainstay construction across the entire Stance lineup. Salomon’s designers coined this technology “Metal Twinframe,” an all-new build for this year, and it’s comprised of two layers of Titanal running the length of the ski, sandwiching the wood core. The bottom layer of Titanal is relatively standard, just a full sheet from tip to tail; the upper layer, however, features laser-milled cutouts in front of and behind the binding mounting plate. These cutouts, which shed notable weight from the skis, are filled with another, smaller layer of C/FX material to promote a balanced flex.

“The standout… is the simplicity of the design,” says McKearin. “Milling out the top layer of Titanal introduces much needed lateral compliance. This provides great snow feel and engagement at lower edge angels yet still offers up loads of bandwidth at higher speeds and edge angles. The Stance collection are not…  some mass produced ‘play-doh factory’ skis. We designed and tested each size and model to live up to its promise: Crafted to Charge. From unique, size-specific Metal Twinframe cut-outs, the use of C/FX, core thicknesses and profiles, each Stance ski is designed, hand-built and tested for no-nonsense resort skiers.”

With the Stance 96, Salomon is bringing back metal laminates in a big way, perfectly complementing its ever-popular, all-mountain freeride lineup of QST skis and mountaineering-focused MTN skis. Although less playful than QST skis—thanks to that Metal Twinframe build—and certainly heavier than Salomon’s touring-focused skis, the Stance 96 provides a damp, nearly chatter-free downhill experience.

“We’ve been really happy with the performance blend found in the QST skis and wanted to take some of our construction techniques to a category of skis that we haven’t addressed in recent years: full metal laminate construction,” said McKearin. “I am excited to have a ski in the range—namely, the 96—that makes my morning decisions a little easier. Quiver paralysis is a real condition resulting in angry spouses, overloaded roof racks and loads of chairlift regret. Now, I just grab my setup and focus on more important things… like daffies and remembering the combo to the on-hill liquor box.” 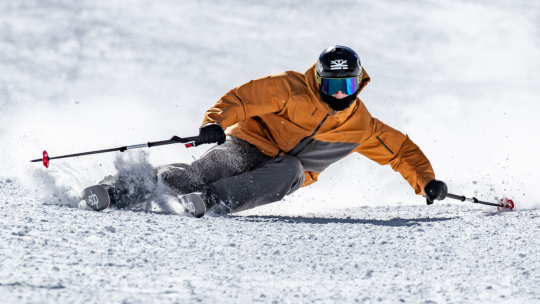 The best all-mountain skis of 2021