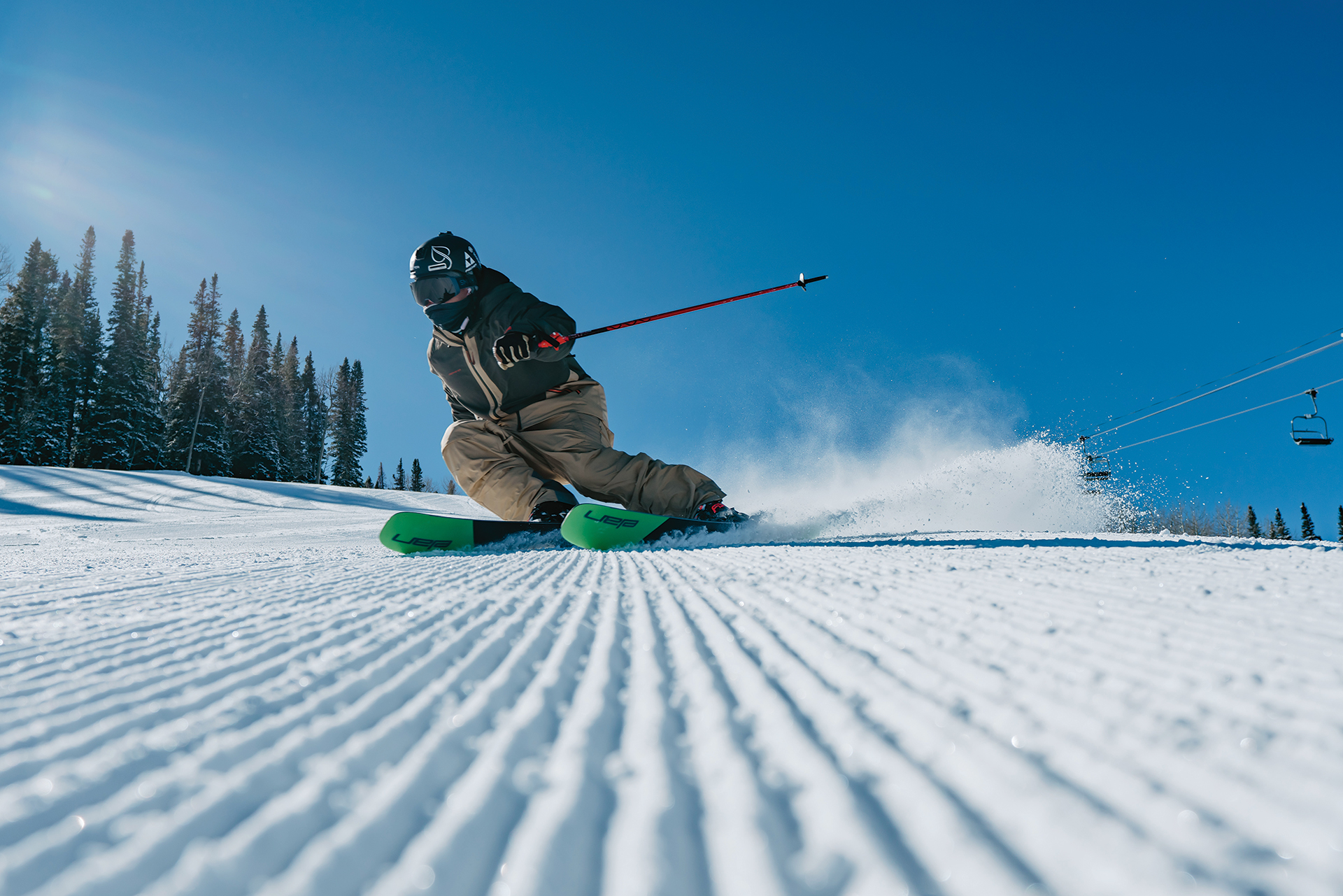 Freeriders have long marked the Ripstick 106 as a versatile weapon, a do-it-all ski that possesses a friendly and maneuverable feel with enough girth to float through a surprise mid-week snowstorm. But, a few years ago, Elan was looking to give skiers a little extra boost of power. Instead of reinventing the wheel with an entirely new ski, it beefed up the chassis of the already beloved Ripstick 106. The result? The Ripstick 106 Black Edition, a carbon-reinforced charger with superior stability and power in the most demanding terrain.

“One of the biggest challenges in ski design is building a playful and powerful product,” says Ben Fresco, Elan’s marketing and product manager. According to Fresco, the Ripstick 106 Black Edition is the result of the company’s quest to combine those two characteristics, a powerful ski that can chew up the toughest terrain on the hill, while maintaining the maneuverability and easy steering skiers have come to expect from Elan.

So what is this whole Black Edition all about? Sounds fancy, right? According to Fresco, a Black Edition ski—available in the Ripstick 106 and 96—is like a hotrod with an additional gear and more horsepower. In ski terms, construction updates make the ski more powerful and stable at high speeds, allowing you to blast through steep and variable terrain with an extra level of confidence. The secret behind the Ripstick 106 Black Edition’s freeride prowess lies in three key technologies: its Amphibio Profile, Carbon Line and QuadRod technologies.

Elan’s Amphibio Profile features a longer camber profile on the inside edge and extended rocker zones in the tip and tail of the outside edge, striking a balance of grip and rebound, and contributing to a surfy feel in softer snow. Superior edge grip on hardpack and power while plowing through crud is derived from Carbon Line technology, which features a diagonal carbon mesh weave along the top of the ski and down the inside edge from tip to tail. QuadRod reinforcement is a new technology featured specifically on Elan’s Black Edition skis, and utilizes four carbon rods placed inside the core—two adjacent to the edges, one in the tip and one in the tail—which gives the smoothness of metal without the additional weight. Combined, these three components bring that “extra gear” to life.

“The most common feedback I hear each season is, ‘I’m not sure what it is about Elan skis, but I just feel like a better skier on them,’” says Fresco. “This is a testament to the design language that our skis share; we build skis that are poppy and playful yet pack a ton of top-end performance. Black Edition’s use of additional carbon, especially in the three-dimensional application of a rod, allows us to take the performance even further, without sacrificing the playfulness aspect.”