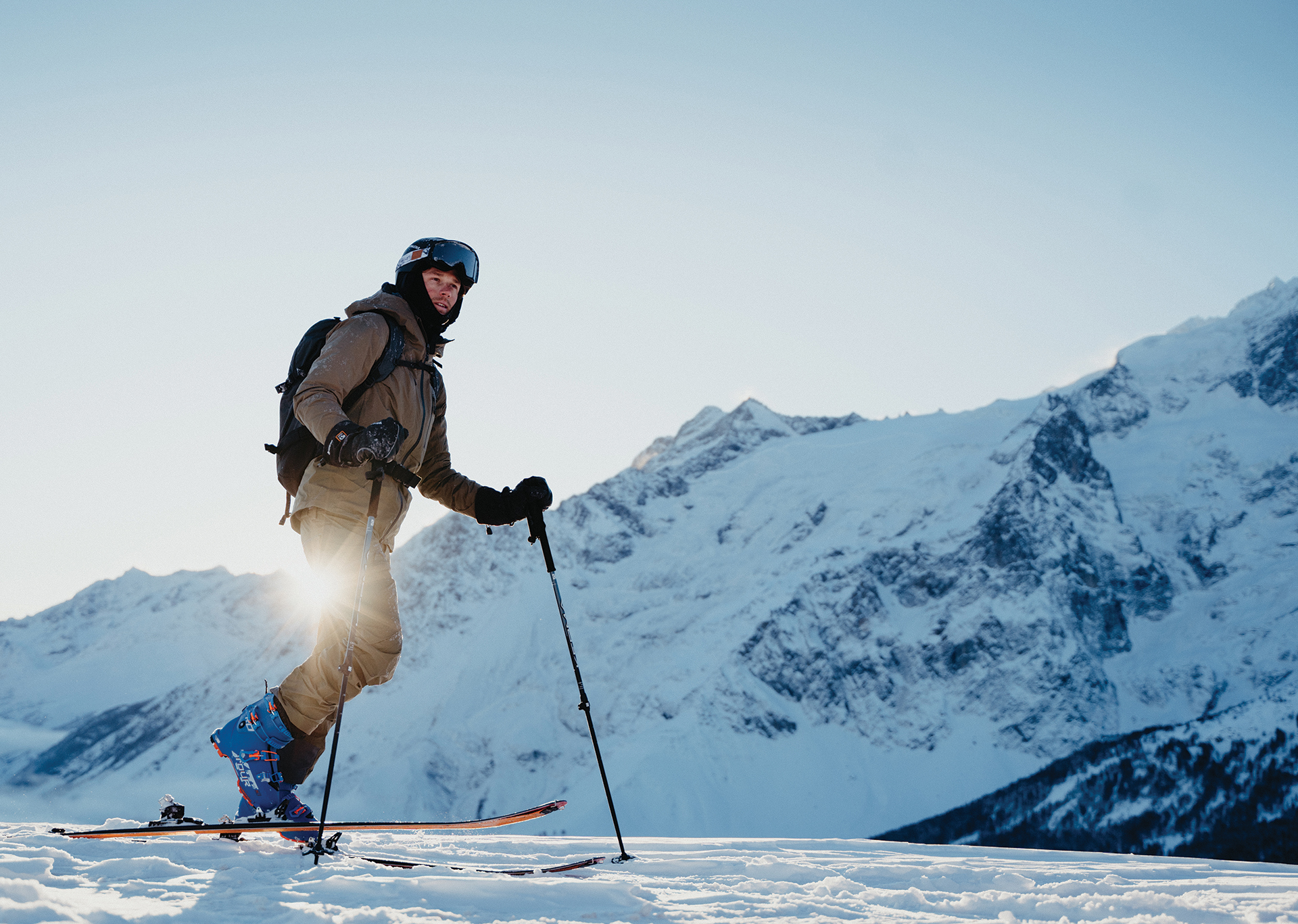 What’s that charging up the skin track not even wearing spandex? It sure looks like a Lange World Cup boot, but is it? For the 2021-22 season, Lange is taking its rich downhill history into the backcountry with its new XT3 Tour Pro boot, blue-and-orange color scheme included—a literal representation of the brand bringing its race heritage to the backcountry. Lange has long demonstrated its dominance in the world of downhill skiing, but the brand is just getting started in the touring category.

Not to get confused with last year’s XT3, which the brand considers an alpine boot with touring capabilities, the XT3 Tour Pro is Lange’s inaugural true touring boot. While it’s a category many thought Lange wouldn’t enter, according to Lange’s Alpine Category Manager, Matt Farness, this season is the perfect opportunity for the brand to stand out.

“When we talk about true touring boots, where products are really differentiated or segmented in the industry by weight, we felt like we had a really unique opportunity to make a big impact in this market by delivering a level of downhill capability and performance that is really unmatched,” says Farness.

Lange designed the XT3 Tour boot to walk uphill with the best of them but, more importantly, stand alone when it comes to the downhill experience. To get the power, elasticity and progressive forward flex of an alpine boot at an ultra-lightweight, the brand utilized tried-and-proven technologies from its XT3 series—namely, the Dual Core technology and Active Power V-Lock walk mechanism. By injecting the shell mold of the XT3 Tour with two different hardnesses of a lightweight, nylon-based Grilamid plastic, Lange is able to achieve the same characteristics of its alpine boots with a much lighter final product.

“Out here in the West, most people are not touring on an 80-millimeter-waist, ultralight ski like they do in Europe and in other places,” notes Farness. “More often than not, they’re on an alpine ski with a tech binding. In order to power up a ski of that size, you have to have a strong, powerful boot, otherwise, you’re just along for the ride.”

At just 1,520 grams/boot, the XT3 Tour Pro also offers first-of-its-kind features, including a rockered boot board, which mimics the heel-toe touring motion and gives you more push on steeper ascents; a full-length Vibram touring sole that works with any 9523-compatible touring bindings, such as MNC and Dynafit tech bindings; and a moldable EVA-foam, touring-specific liner with a single-piece toe box construction for added warmth and comfort.

Positioning the XT3 Tour Pro as the ultimate free-touring offering, backcountry skiers will be able to seize every spine-riding, pillow-popping opportunity in the 2021-22 season with peace of mind knowing they are in complete control of both the up- and downhill. Think of this as less of a Spearhead Traverse boot and more of a South Face of Mount Superior boot—one that puts you in the driver’s seat.