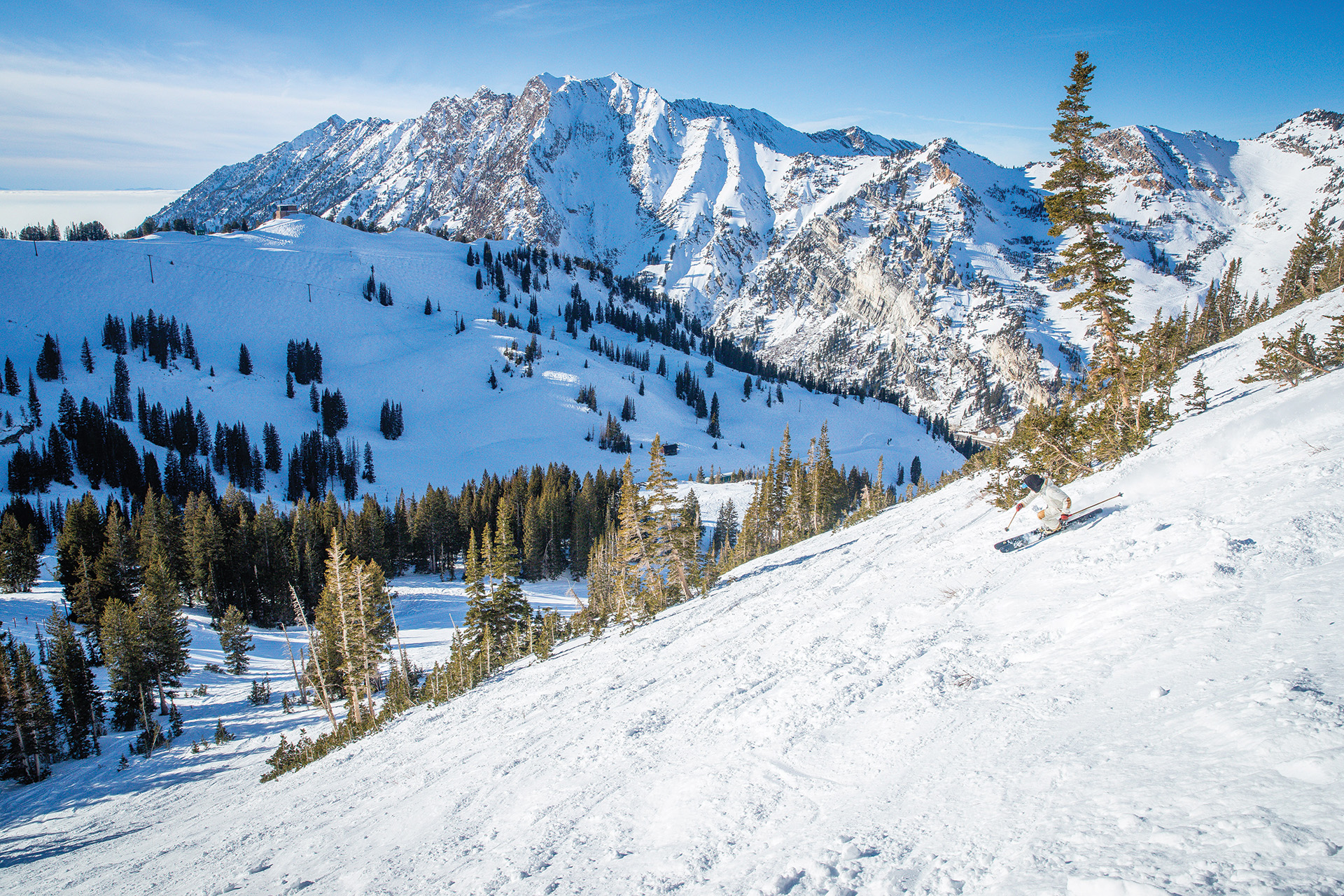 Colorado born, Montana-based Parker Norvell honed his skills in the park, but now seeks soft snow in the backcountry. Nowadays, whether he’s venturing out or lift skiing at Bridger, Norvell’s daily driver is the Icelantic Saba Pro 107. “It rips… it’s pretty much my dream ski,” he says.

And he can take some credit for that. The Saba Pro 107 was collaboratively designed by Icelantic athletes, including Norvell, Julian Carr and Owen Leeper. Rather than soliciting a specific athlete to develop a pro model, Icelantic opened up the process to everyone from its grassroots skiers to the paid pros.

“I love that we designed it as a crew and put all of our ideas into it before and during development,” says Norvell.

Icelantic brought everyone to its headquarters in Golden, Colorado, with a mission to make a playful, fun, surfy freeride ski that could also serve a big-mountain charger. Athletes were given full creative control, driving everything from construction and shape to artwork and colorways.

The group agreed to explore a full rocker concept. Eight-year Icelantic athlete Julian Carr said most rockered skis he’d been on were too soft for high-speed turns or outruns in firm conditions. He wanted a ski he could use in the backcountry as a touring setup but also on hardpack days at A Basin or Alta. Basically, he craved a “pure all-mountain monster.”

Founder Ben Anderson and the Icelantic team reacted by balancing the rocker profile and matching it to the sidecut radius. The result was a ski that was playful when flat, but stable and powerful when turned on edge. Icelantic’s Reflective Rocker was born.

“It allows you to have a larger turning radius to make bigger, big-mountain turns while also staying nimble when you need to scrub speed for trees, chutes and steeps,” says Anderson. The Saba is stiff enough to minimize chatter, while providing enough of a platform to stomp landings without wheeling out. “I knew it would be a great powder ski, but I wasn’t sure if it would cater to my style—I’m in the front of my boot carving high-speed turns,” he says. “I was blown away with how the ski performs.”

Inspired by the Seven Sacred Principles, a set a morals founded in love and kindness, and named for the number “7” in Swahili, the Sabas are engineered around the lucky number, playing off the idea when it came to dimensions and more. The graphics also deviate from the Icelantic norm, featuring a stark black topsheet with sacred geometry and other thoughtful design elements. “It’s a different aesthetic than we’ve ever put on a ski,” says Anderson.

Norvell appreciates a lot about the Saba 107: the way it handles in the air, the way it lands in powder and the way the ski skis switch as well as a park ski. “I really just love everything about the ski,” he says. “It’s perfect.”