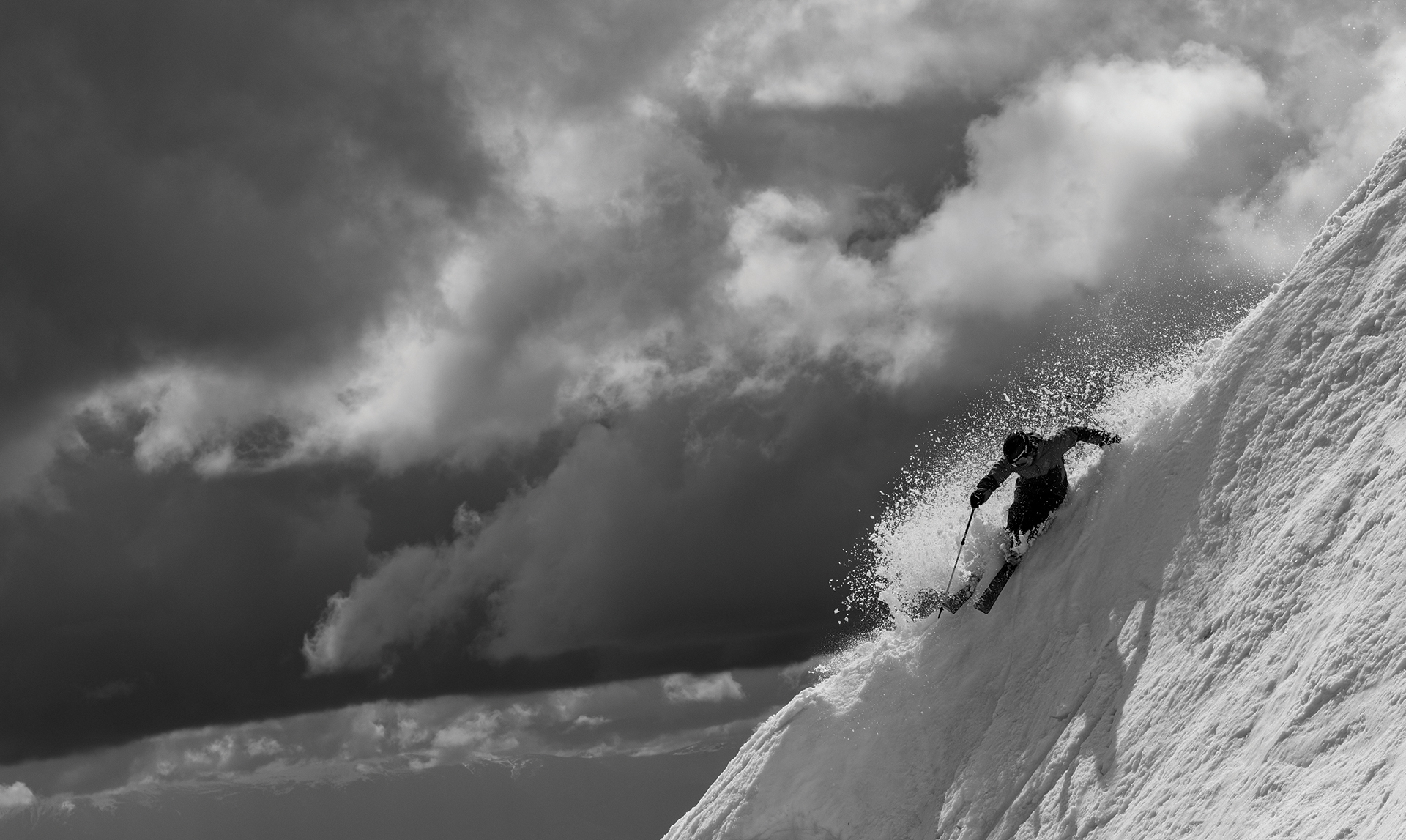 For over a decade, Blizzard’s Bonafide has been tearing it up inbounds, a bona fide charger—sorry, we had to—for skiers who know how to lay down turns. But while the Bonafide has a reputation for keeping up with the most aggressive skiers (just ask Marcus Caston), an updated construction makes this ski more approachable than ever for experts and intermediates alike.

The 2022 Bonafide 97 is the fourth iteration of the ever-popular resort charger, most recently updated with Blizzard’s TrueBlend Flipcore construction, a marriage of its new TrueBlend Wood Core and existing FlipCore technology. In short, TrueBlend allows Blizzard to vary the density of wood inside each laminate for a targeted flex throughout the ski; an intricate pattern of beech and poplar wood provides a touch of softness in the tip and tail, while higher density woods underfoot deliver the stiffness and power to drive the ski through chopped crud, smashed taters, fine-tuned cord and late season corn.

FlipCore has been a signature feature in Blizzard skis for the last decade, a process which allows the ski to be molded in its final rockered shape without having to artificially bend the ski after it’s pressed. Jed Duke, Blizzard’s chief product marketing guy explains, “The FlipCore design process is what makes the Bonafide so strong but still so versatile. Combined with the TrueBlend Wood Core, which creates a smoother and rounder flex, the whole ski is more maneuverable and easy to use.”

Groomer-trenching chargers fear not; “easy to use” doesn’t mean any less powerful. Two layers of Titanal maintain the burly pedal-to-the-metal capabilities skiers expect from Blizzard, with camber underfoot and minimal rocker that lets you lay your hips down on hardpack. To boot, Blizzard went the extra mile and crafted wood cores specific to each length to provide the most dialed ride possible for every model in the Bonafide lineup.

The bottom line is, you can ski the Bonafide 97 as hard as you want but that doesn’t mean it’s hard to ski—it’s a strong ski for those looking for performance and precision. As Duke explains, the updated Bonafide is designed for “someone who likes to feel their edges. Bumps, pow, groomers, high speeds, low speeds, it really does it all.”