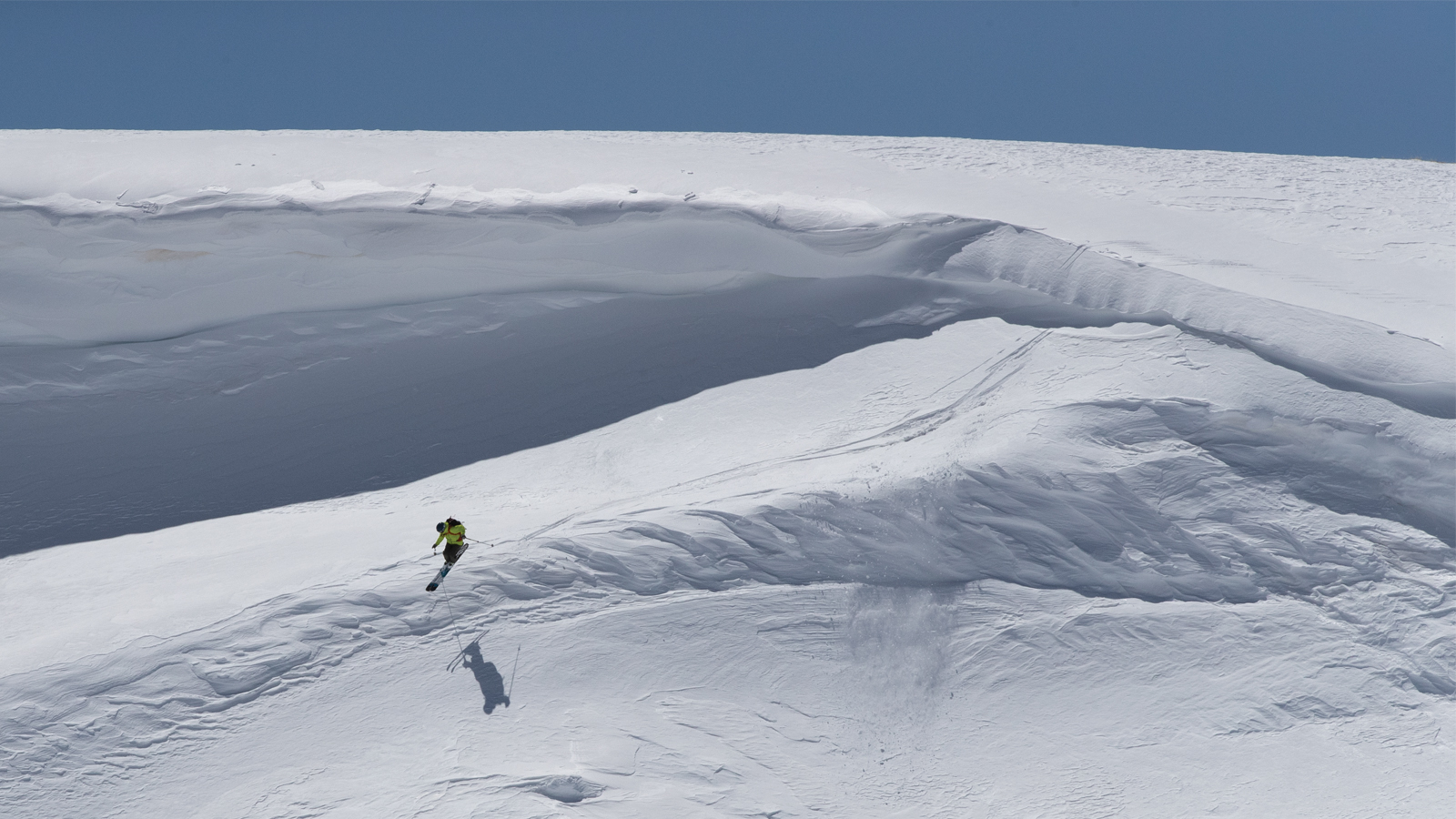 As the sun rose over the San Juan mountain range, a particular buzz of excitement ignited the timber A-frame lodge situated atop Red Mountain Pass. We shoveled a delicious homemade egg and vegetable scramble into our mouths, scurried to get our gear together and prepared to play in the high peaks above. It was day one of FREESKIER’s annual Backcountry Ski Test and if the eight-foot snowbanks on our drive up the previous evening were any indication, we were in for an unforgettable couple of days skiing sweet spring corn supported by a deep snowpack, accessed directly from Red Mountain Alpine Lodge.

Just a half-hour drive up Highway 550 from Ouray, Colorado, with Silverton a mere 15 minutes to the south, Red Mountain Alpine Lodge sits at 11,000 feet in the heart of one of the state’s most aesthetically rugged mountain ranges. The San Juan Mountains are a 150-mile-long collection of jagged, volcanic peaks–13 of which pierce above 14,000 feet. The epitome of rustic luxury, Red Mountain Lodge is a two-story backcountry haven that features heated stone floors, a massive farm table in the center of the living space, a cozy wood-burning fireplace and craft beer on tap–key for our post-tour après sessions.

The focal point within the exposed timber walls of the A-frame structure is an impressive array of floor-to-ceiling windows. Luckily, we arrived before sunset, which gave us enough light to scope out the next few days’ objectives. As more of our testers arrived, we congregated by the windows, beverages in hand and eyes drawn to the peaks outside like moths to a flame. The sights had us wiping the drool from our soon-to-be-sunburned chins. We pushed open the massive iron front door of the 2,500 square-foot lodge and were greeted by staggering 13,000-foot-plus peaks in every direction, each sporting a hefty coat of white. The next morning, sunshine flooded into the lodge, acting as a natural alarm clock for our group of corn-harvesters. As some of us poured our first cup of coffee and others did yoga to limber up, our guides laid out our first objective of the day–a 2,000-foot ascent up Red Mountain #3.

Coming off a winter of historical proportions, the energy culminating in the lodge was palpable. Packs were hastily stuffed full of supplies and the quick swishing of GORE-TEX set an excitable tone. Colossal storms traveled across the Rocky Mountain region during the first three months of 2019, dropping frozen flakes by the truckload and creating conditions that spooked even the savviest of backcountry skiers. Simply said, this was one of the snowiest winters Colorado had seen in years.

In the first nine days of March, more than 500 avalanches ransacked Colorado, swallowing up homes, cars and some of the state’s most heavily-trafficked interstates. Our drive up to the lodge provided a firsthand view of the violent destruction, which emulated more of a Marvel movie war zone than a mountain pass. What used to be lush forests on either side of the road were now hauntingly desolate with trees snapped and strewn about as if Bruce Banner had lost another fight with his giant green alter ego. Before we even began skiing, this was a stark reminder of the inherent risks that come with big-mountain exploration.

But now it was mid-April. The record-breaking snowpack had settled, conditions mellowed out and the backcountry Send-O-Meter was off the charts. Perfect timing for a spring pillage.

Without a cloud in the high-alpine sky, our band of 16 badass ski tourers, each of whom feel most at home on the skintrack, eagerly clicked into a variety of next season’s backcountry planks, slathered on our SPF and headed up into the unfathomable southern Colorado range led by the San Juan Mountain Guides, who co-own and operate the lodge. As a collective, we ascended nearly 2,000 vertical feet to the peak of Red Mountain #3. Summiting to 360-degree views of a range with magnificence comparable to the Alps, the grandeur of it all stopped us in our tracks and prolonged our transition period at the summit. No matter which way we turned our heads, all we could see was an endless sea of rugged, snow-capped peaks. One by one, we pointed our planks downhill, carving our way through a snowpack more than 100 inches deep—some of the best spring snow many of us have ever laid our edges into. Cue child-like squeals and excessive high-fiving. Let’s do that again.

For two straight days, we harvested early morning corn and mashed potatoes in the afternoon until the sun made its daily retreat. Ascending and descending thousands of feet in the San Juans, we were able to put next season’s fleet of touring-centric skis through the testing gamut. Weight and maneuverability on the skin track, as well as carving, playfulness and durability on various chutes, couloirs and big-mountain faces were all taken into careful consideration. With plenty of snow still left to be slashed, we couldn’t have asked Ullr for better testing conditions.

Walking back the 300 yards to the highway and our cars at the end of our two-day test, our faces flushed from the intense spring sun and Type 2 fun, we couldn’t help but look back at the terrain we insatiably scoured. Our legs gassed and our hearts giddy, what we left in innumerable squiggles and wiggles etched on the snow was returned with new-found energy, available only to those who venture deep into the mountainous preserves of this planet. This is what a successful search of next year’s best touring-specific skis should feel like. 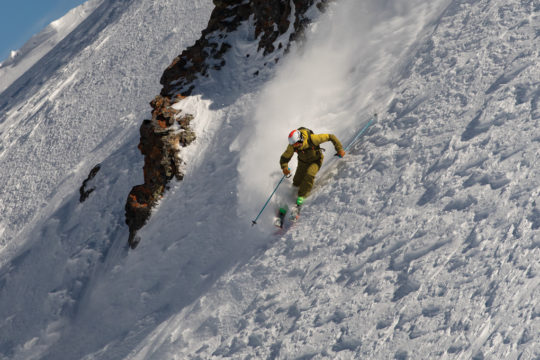