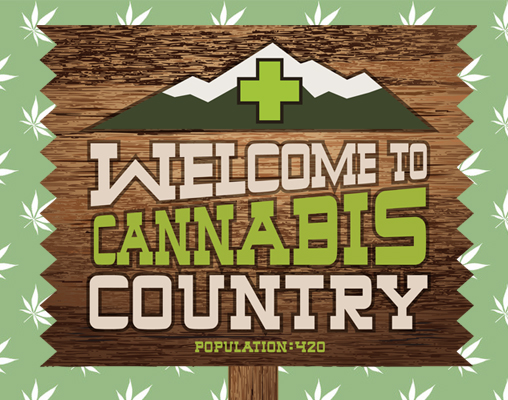 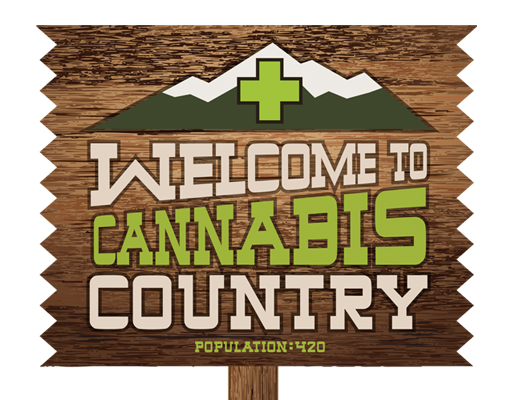 On November 6, 2012, Colorado voters approved Amendment 64, making it legal for adults over the age of 21 to possess up to an ounce of recreational marijuana, grow up to six plants and purchase pot in retail stores, set to open in January. The next day, the Aspen Times ran the headline: “Aspendam?”

Amsterdam certainly benefits from the 1.5 million tourists who visit the city’s hundreds of cafés where marijuana and hashish are sold and consumed. Travel expert Arthur Frommer wrote in a blog post on November 28, 2012 that he predicts a “torrent of new tourism to Seattle and Denver” due to marijuana legalization and added both cities to his list of hot destinations for 2013. And Medical Marijuana Business Daily, a trade publication for the cannabis industry, suggested that the multibillion dollar ski tourism industry could soon be rivaled by Colorado’s newfound marijuana tourism.

“I think it’s going to affect Colorado ski tourism, and I think it’s going to affect it in a positive way,” says pro skier and longtime marijuana advocate Tanner Hall. “There will be no stress going to Colorado. If you like that type of medicine, that kind of relaxation, you can get it legally and not get reprimanded. It’s a stress-free environment combined with some of the best resorts and the best parks in the country.”

Imagine a group of friends from New York City seeking the winter version of a cycling trip through Napa wine country. They could ski their way through Summit County, sampling different varieties of cannabis from ski town to ski town. Seattle’s Jet City Tours already provides a tour of the city featuring legal sampling of different marijuana strains.

Not too long ago, Breckenridge legally allowed adults to possess up to one ounce in the privacy of their home and Mayor John Warner thinks the outcome of the new measure will be similar to that. “I do think we will see something of an increase [in tourism], but we didn’t see a huge increase when we legalized use of marijuana in Breckenridge three years ago,” he says. “I personally voted for [legalization] this year because I’m happy that it’s doing away with the criminal element of pot. We won’t end up with any gang-related activity with people selling on the black market. It will be regulated much like alcohol sales.”

The measure passed overwhelmingly in Colorado’s resort counties compared to other parts of the state. Two-thirds of voters in Eagle County, home to Vail Ski Resort, voted for the measure. Aspen’s Pitkin County approved the measure more than 3 to 1, and in Telluride’s San Miguel County, 8 in 10 voted for legalization—the measure’s largest victory in the state.

“It’s a big part of skiing and ski culture,” says Colorado native and professional skier John Spriggs. “But Colorado draws two separate groups. There are kids going to ski the parks and doing it cheap, and then there are the Texans who are spending thousands at Vail. You’ll get some people who are stoked on it, and there may be an incentive to come, but there are a lot of people who still have some sort of idea about weed being bad, so maybe they won’t bring their family out.”

“I smoked a joint before just about every competition I did.” – Tanner Hall

Despite the potential for increased tourism, the state’s official tourism office is worried that a pro-marijuana stance could taint the state’s image as a family friendly state focused on health and outdoors.

“I think it is too soon to tell,” says Senator Al White, Colorado Tourism office director. “The regulations governing the retail sale of marijuana still aren’t promulgated. Though the Feds [say they won’t seek prosecution,] I can tell you that my office will not use legal marijuana as a platform to market our state to travelers.”

In May, Colorado governor John Hickenlooper signed a series of bills into law that regulate the use of legal, recreational pot. Visitors to the state are allowed to possess and consume marijuana under the new laws, though purchases for non-Colorado residents are limited to one-quarter of an ounce. Another measure included in the legislative package set blood limits for driving while under the influence of marijuana at 5 nanograms per milliliter.

“There are some financial positives,” says Warner. “Depending on what our neighbors like Silverthorne and Vail decide, Breckenridge could become the regional center for the sale of marijuana, which would only add to our sales tax revenues.”

The market for direct sales of marijuana in Colorado is estimated to be approximately $600 million in the first year of legalization, and the state’s revenue is expected to increase by about $130 million.

Retail sales won’t begin until January 2014. In the meantime, local governments have until October to decide whether they will offer licenses to marijuana businesses. More than 25 Colorado municipalities, such as Greeley and Montrose, have already approved bans on recreational pot shops. In Greeley, council members cited public health issues, including potential harm to young people.

“I see younger kids who think it’s OK to smoke pot on Main Street. It’s not,” says Warner. “It’s just like alcohol—you’re not supposed to be driving or walking around town.”

Amendment 64 doesn’t allow the use of marijuana in public, for instance, at a ski resort. And according to the Colorado Ski Safety Act of 1979, “No person shall move uphill on any passenger tramway or use any ski slope or trail while such person’s ability to do so is impaired by the consumption of alcohol or by the use of any controlled substance, or other drug.”

“Personally, I definitely think it’s safe to smoke and ski,” says Hall. “I smoked a joint before just about every competition I did. But everybody reacts different to it.”

Though the possession of marijuana is legal in Colorado and Washington, using the drug remains illegal under the federal Controlled Substances Act. In late August, the Justice Department announced it won’t challenge state laws that legalize marijuana and rather, will focus federal enforcement on trafficking cases and keeping the drug out of the hands of children.

“Everyone is waiting to see what happens with this before deciding on any action,” says Jennifer Rudolph of Colorado Ski Country USA, a trade association representing 21 Colorado resorts. “The state needs to work out the details, and there are still a lot of variables, so resorts are on a wait and see pattern.”

Hall thinks it’s too soon for resorts to market to marijuana consumers. “It’s the early stages,” he says. “We need to see how it goes. We’re going to look back 30 years from now and wonder why it was illegal, but we have to go through a lot to get there.”

This article originally appeared in the 2013 October issue of Freeskier, Volume 16.2. The October issue is available on newsstands beginning 9/17/13. Freeskier Magazine is also available via the iTunes newsstand.