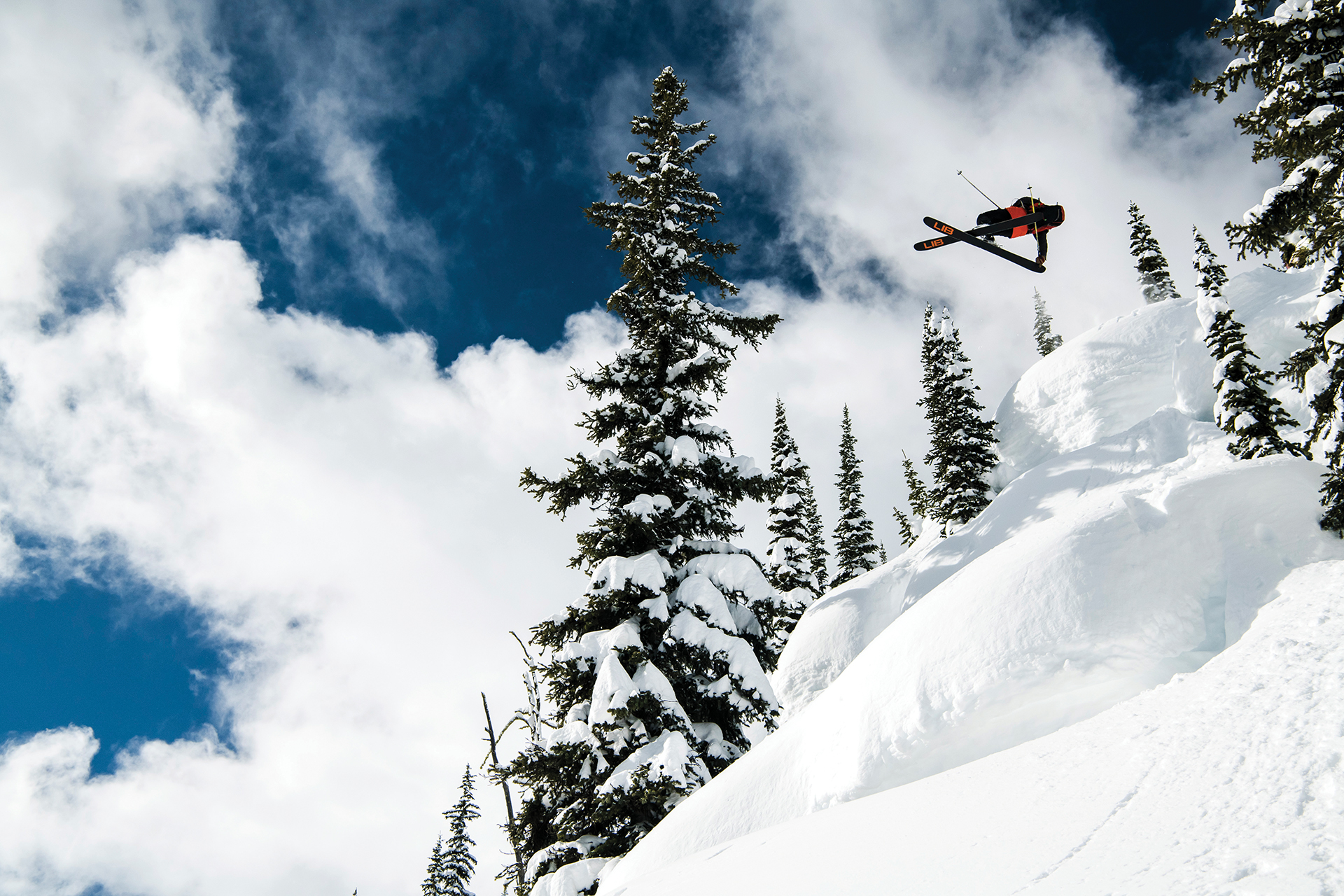 For years, there has existed a level of division between those that enjoy their snow-capped mountains with two planks strapped to their feet versus one. However, as the sports of skiing and snowboarding have evolved both technically and culturally, the divide between the groups has faded, but few people are truly willing to bridge that gap. “There’s not that skier-snowboarder divide that was there when we grew up,” says Brent Sandor, vice president of marketing for 686, a historically core snowboarding outerwear brand. “As both sports have gone deeper into the backcountry and freestyle, they’ve started to mesh.” Sandor says it was this realization that pushed the crew at 686 to begin to look at broadening their horizons outside just the snowboarding realm back in 2015.

“I’ve never looked at it differently than two people enjoying the mountain in their own respective way,” says 686 Team Manager Pat McCarthy, who spent over a decade as a professional snowboarder before transitioning to his current position. But McCarthy wasn’t rushing to fill a team of skiers with the best talent money could buy—for McCarthy, an athlete’s personality is just as big a factor as their skills on snow when vying for a roster spot. “I’m not trying to build the best team in skiing,” says McCarthy. “Vibes are just as big as talent, and I want to build a team full of people you can put around anybody and they’ll create a more productive environment.”

As names began to be tossed around, Forrest Bailey, one of 686’s top snowboarders, suggested Parker White, a mustachioed, mullet-rocking skier living in Montana, who had grown up in Vermont with Bailey. “I pretty much just cold called him,” says McCarthy.

“I told him I had a lot of respect for his skiing, and if the opportunity ever arose and he wanted to ride for 686, hit me up.”

After cutting his teeth at Bromley Mountain in southern Vermont, White began spending his winters in Mammoth, California, at 16, but always knew from an early age that skiing was what he was meant to do. “I knew it when I was 10 years old,” says White. “I wasn’t actually making a career at that point, but that’s when I knew that’s what I wanted to do.”

After filming for Level 1’s Eye Trip in 2010 and scoring a sponsorship with Monster Energy at 19, White’s dream became a reality, and for good reason—the guy likes to go big. “Parker is a balls to the wall skier,” says McCarthy. “That’s the easiest way to put it. Anything he’s hitting—a rail, a jump, a line—he’s going to do it big.”

Racking up more segments with Level 1 before starting his own online film project, The Big Picture, with Chris Logan, White’s no-holds-barred ski style and hilarious antics began to gain attention. “He has a blast at life, whether he’s on skis or not,” says Sandor.

From triple Cossack-ing the Sun Valley mega park in Level 1’s After Dark, to slashing powder shirtless on his snowmobile, to rocking one of the best mullets in the industry, it’s clear that White doesn’t take his skiing, or life, too seriously. “I like to make my skiing look exciting,” White says, and it shows.

The two sides officially sealed the deal in late 2016, and when the time came to make the big announcement, tensions ran high for White and the team at 686. “Obviously the biggest worry was how the snowboard industry was going to react. 686 definitely took a big risk,” says White. But as reactions poured in, White says the reception was nothing but positive.

Riding the success of White’s addition to the team, McCarthy says the next step was expanding across the pond. “We wanted to get a European guy to connect with our big Euro team,” says McCarthy. Still new to the ski world, McCarthy relied on the word of White, who suggested Laurent De Martin, nicknamed LDM, whom he had met the previous winter at Mammoth shooting for Level 1’s Habit.

Born in Troistorrents, Switzerland, De Martin started his ski career at two years old down the valley at Champéry-Les Crosets. At 17, De Martin opted to quit university and transfer to a sports-specific school so he could focus on skiing. “When I started college, I had to go to class and study a lot, but I couldn’t ski,” says De Martin. “I didn’t think I could do it, all I wanted to do was ski.” While De Martin’s hopes for a spot in the 2014 Sochi Olympics were dashed due to a head injury, he admits that he’d never really been into competition skiing. Instead, he prefers filming, because it gives him the chance to showcase his uniquely diverse set of skills in different terrain.

“I’d say I like to do everything,” says De Martin. “From street to backcountry to park, I can ski it all.” Not only can he ski it all, but his willingness to always go big made him an easy pick for 686. “That’s what I always look for, I love when riders just send it,” says McCarthy. “I like seeing guys that can just step up to something and do it.”

This combo jacket from 686 is the full package for skiers engaging in a wide variety of skiing exploits. It’s built with a two-layer Gore-Tex shell fabric that provides waterproofing and breathability, keeping you dry from the inside and out. The jacket also comes with a removable liner vest packed with 60 grams of Primaloft Eco insulation and two stretch fleece side panels to promote mobility. From frigid December and January days, to warm, sunny spring skiing, this jacket will be your go-to all season long.

Throughout various web edits with France-based Gpsy Feelin’ and subsequent work with Level 1, De Martin has shown he’s no stranger to stepping up to that challenge. Cork 7 off a backcountry lip? Consider it done. Zero spin a 120-foot kicker at Mammoth? Not a problem. Finish filming an insane street segment with Level 1 in Russia after cracking your skull on a rail? Sure, why not. “His style is insane. He goes huge and loves to throw down,” says McCarthy. “I couldn’t think of a better guy to be the face of our European team.”

But even after seeing such massive success with the additions of White and De Martin, 686 still wasn’t in a rush to fill up a team full of skiers. “I like taking a slow, thoughtful and methodical process putting a team together,” says McCarthy. “I look at my team like a family, I want every person on there to have a contribution in their own special way.” 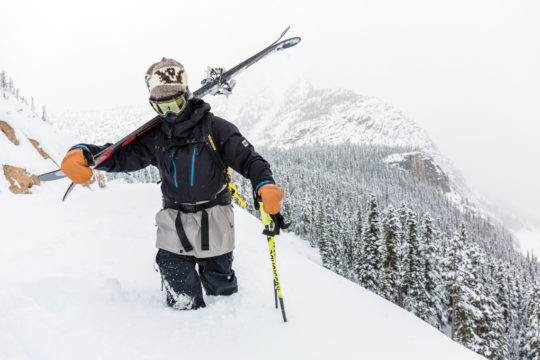