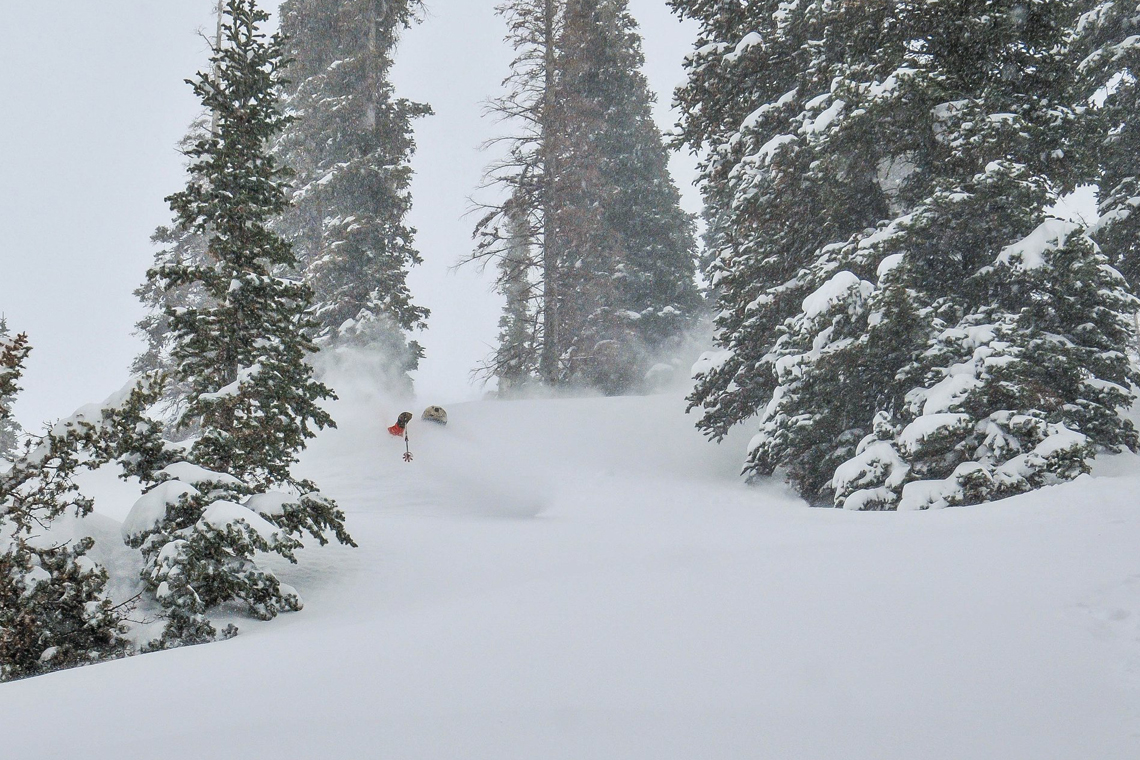 February brought around record snowfall for most of the country and March …. well, March certainly did not. The faucet seemingly turned off across much of the U.S. as we got true spring skiing conditions a bit earlier than expected; and there’s nothing wrong with that! With mountains across the land sporting bases thicker than frozen molasses, there’s plenty of corn and slush laps to be had. So bust out the sunscreen and short shorts–April is the time for spring skiing. And we’ve got you covered with the spots with the most, well, coverage.

It’s been a great year for the Northeast, and it looks like the fun will continue well into spring with spots like Bolton boasting 70” bases. 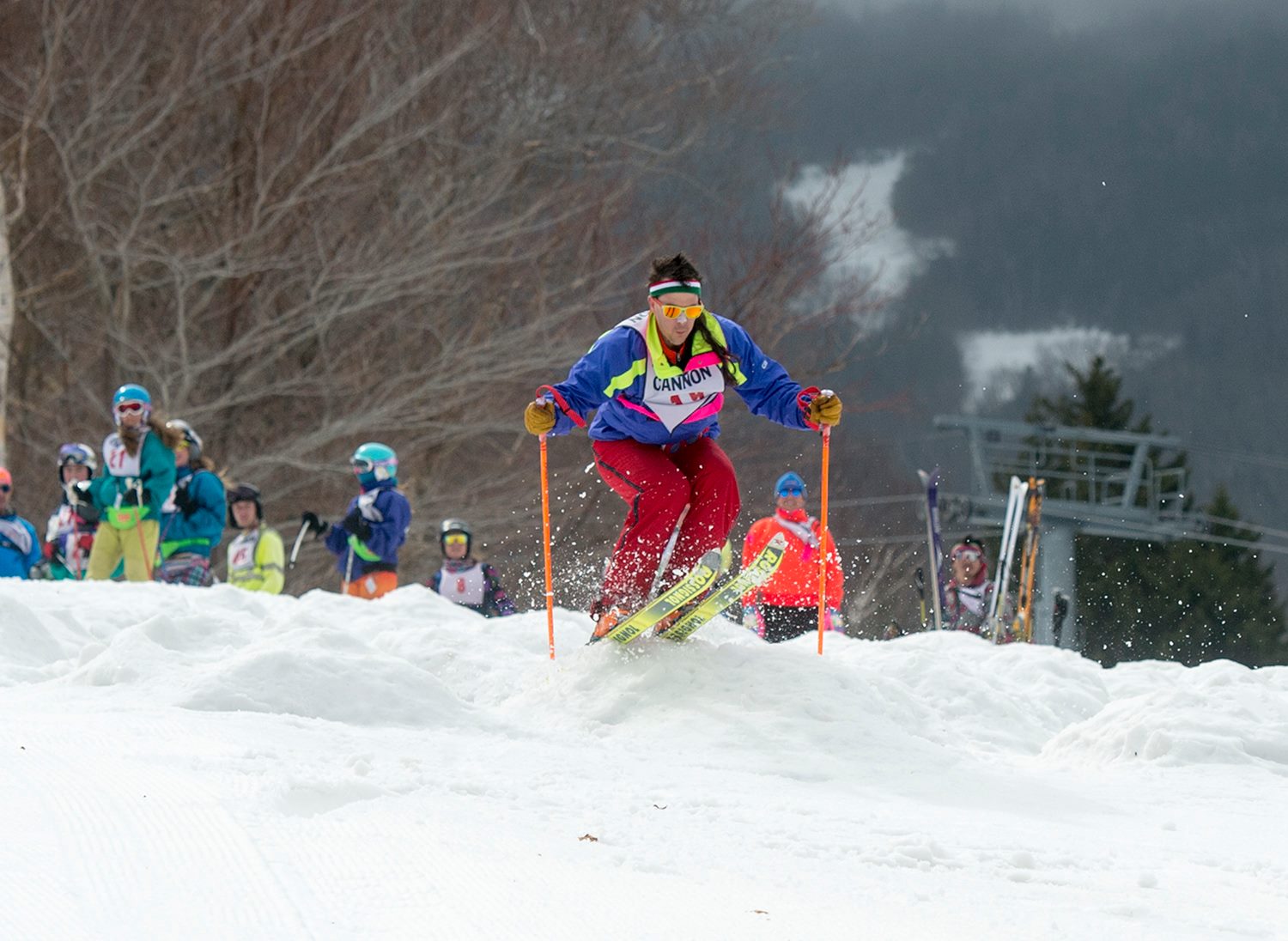 The home of America’s first tram closed out March on a hot streak, scoring a bluebird 20” powder day one week ago before their massive ‘80s day celebration. With next weekend looking to bring snow, it’s as good a time as any to get to the Granite State. 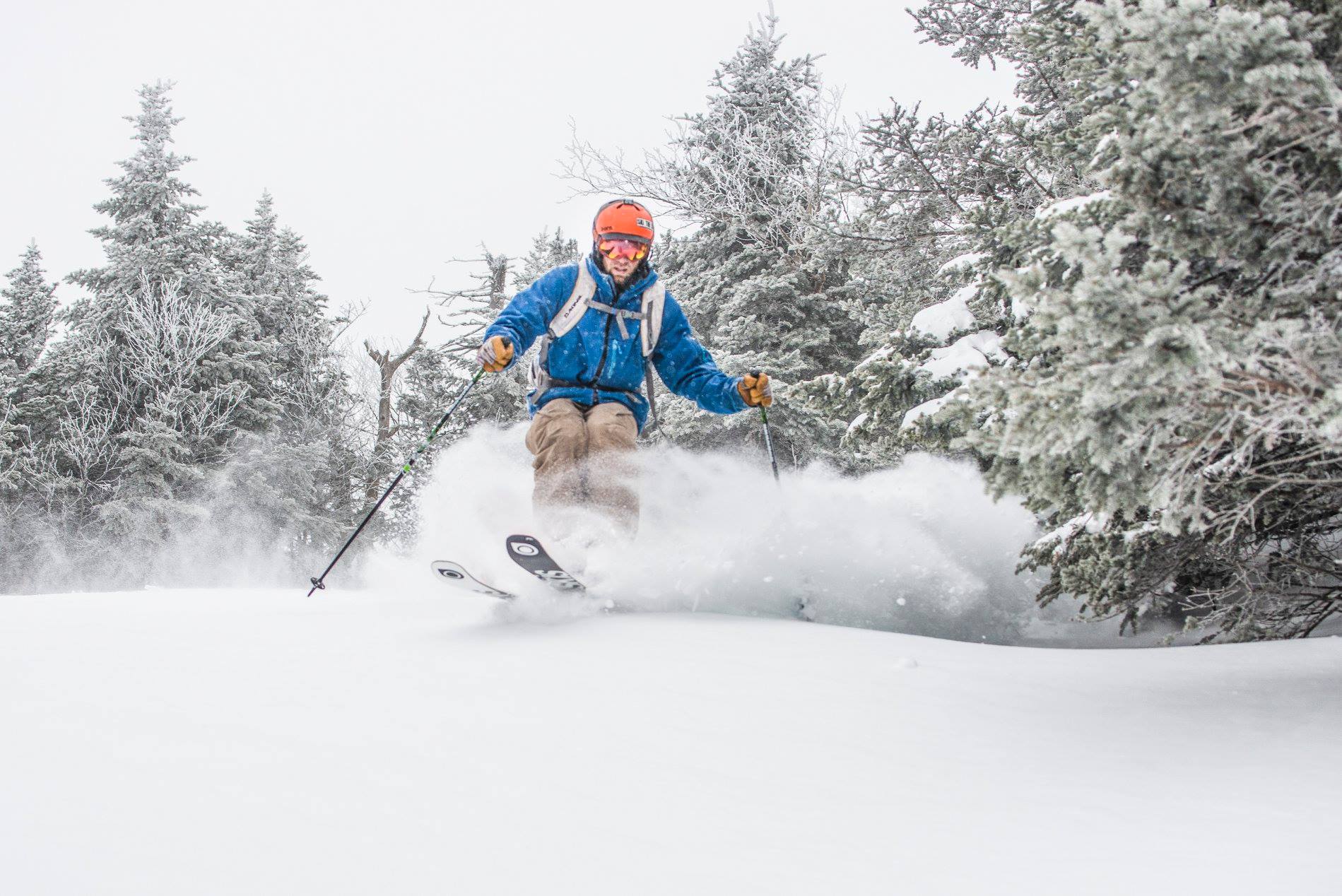 New England’s snowiest resort has done it again, reaching the 400” season after a handful of storms closed out March on its slope. 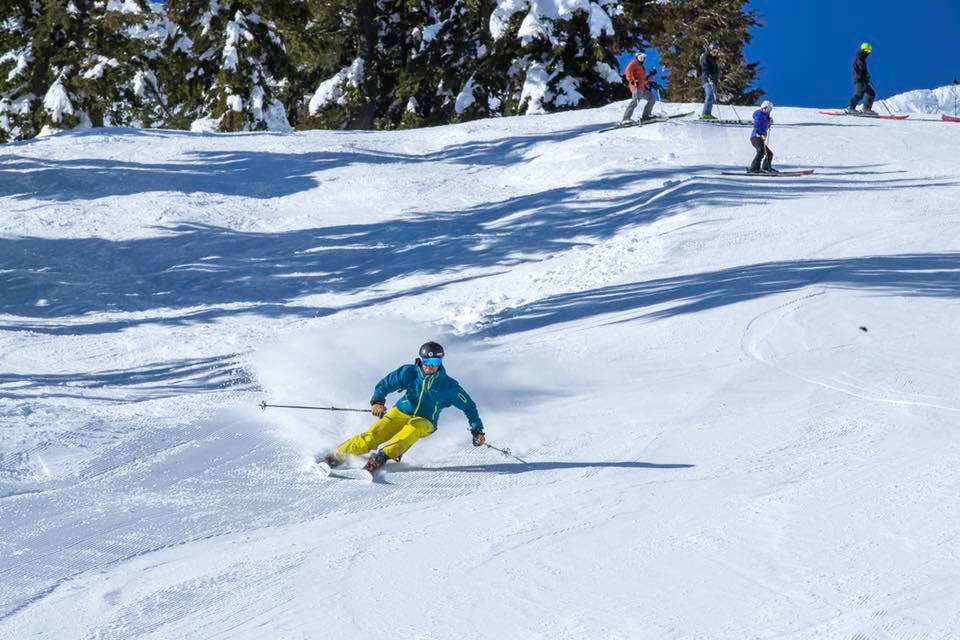 Squaw Alpine followed up the record-breaking 225 inches of snow it received in February with …. 25 inches in March. But with a 200-inch base and snow and 40-degree days on the forecast, there may be no better place for spring skiing. 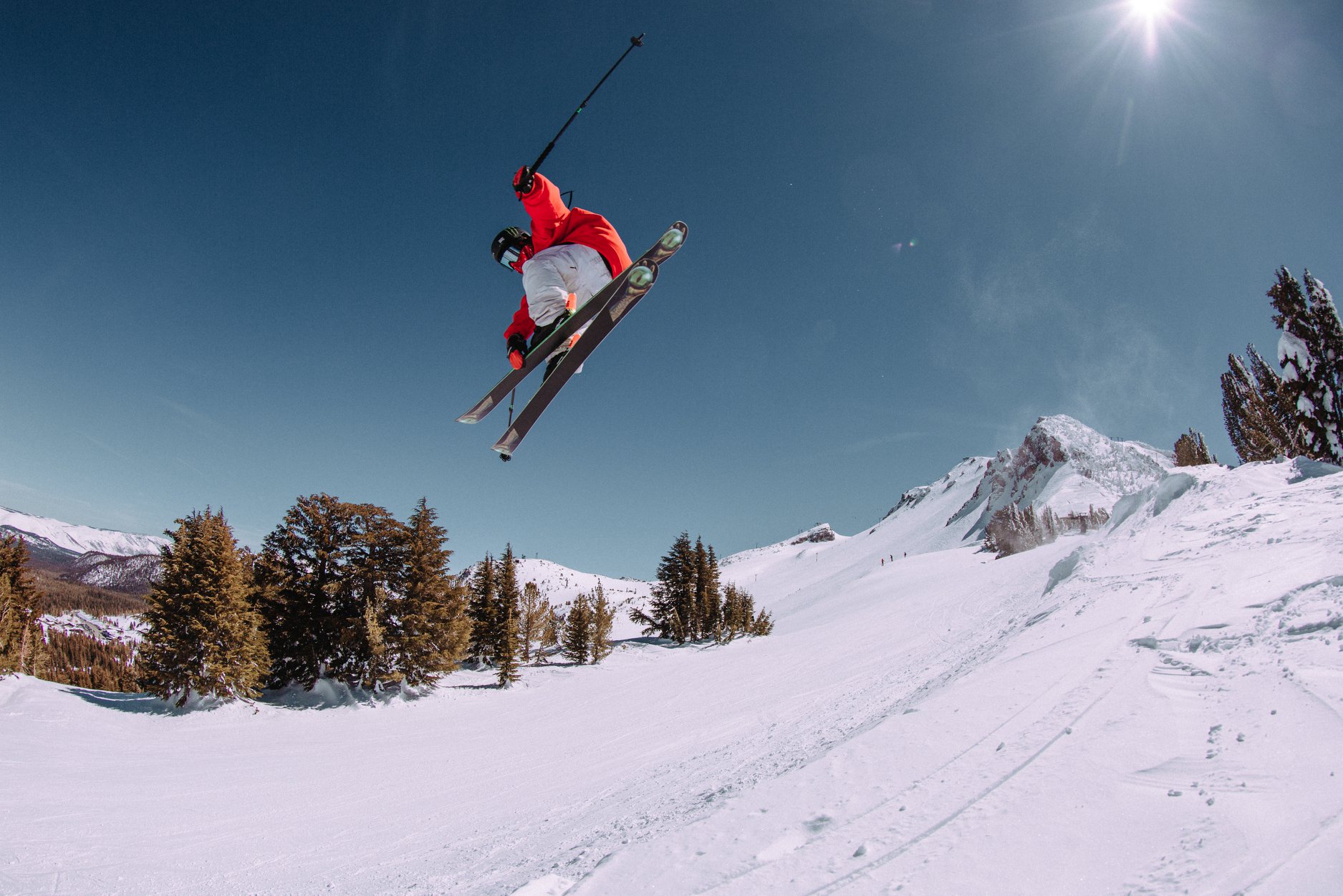 There’s snow and warm weather in the forecast for the next week straight at Mammoth. With one of the best terrain parks on Earth, it’s the perfect time for park laps. 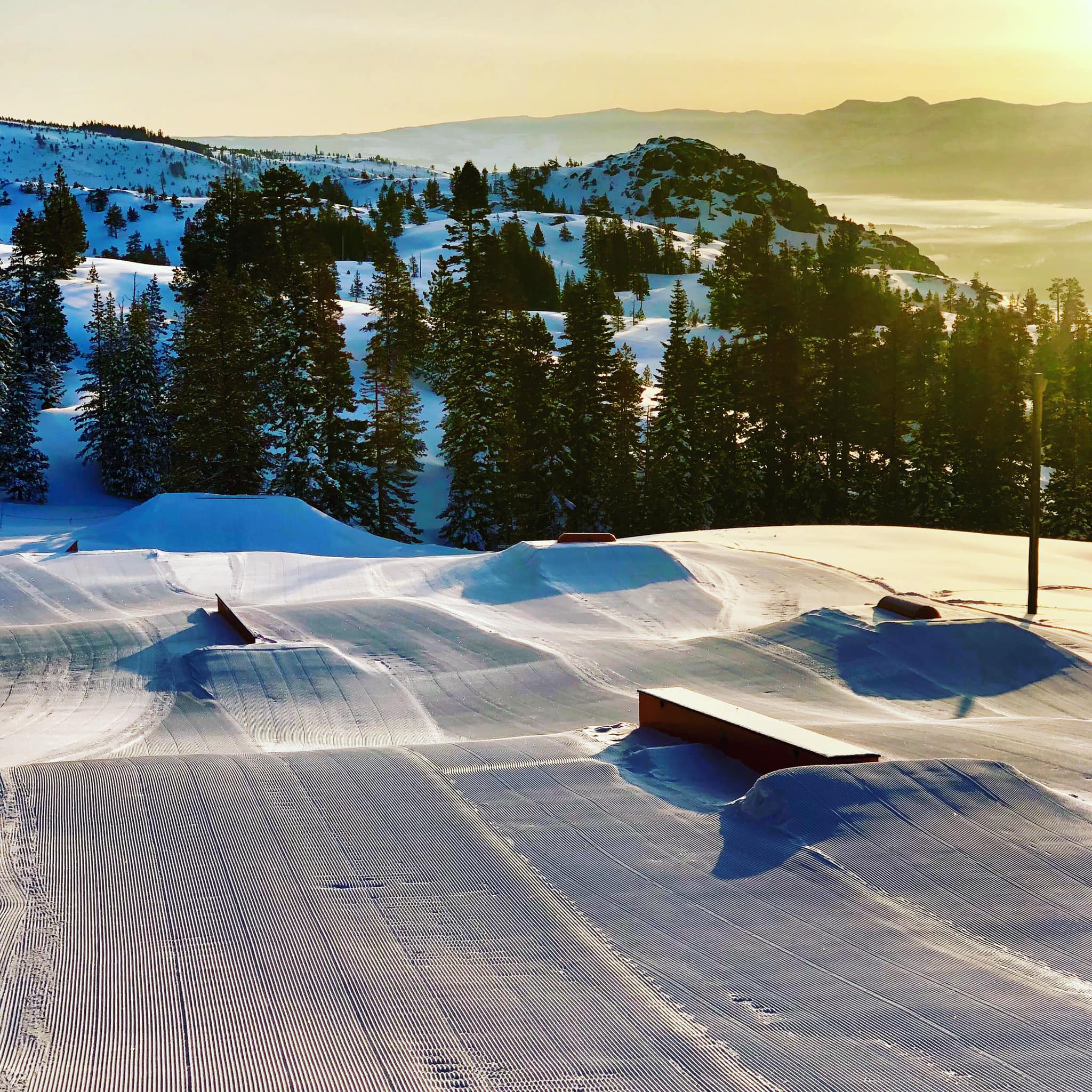 One of the oldest ski areas in California is one of America’s best hidden gems. With $75 daily tickets and smaller crowds than the rest of Tahoe, it’s well worth a visit. 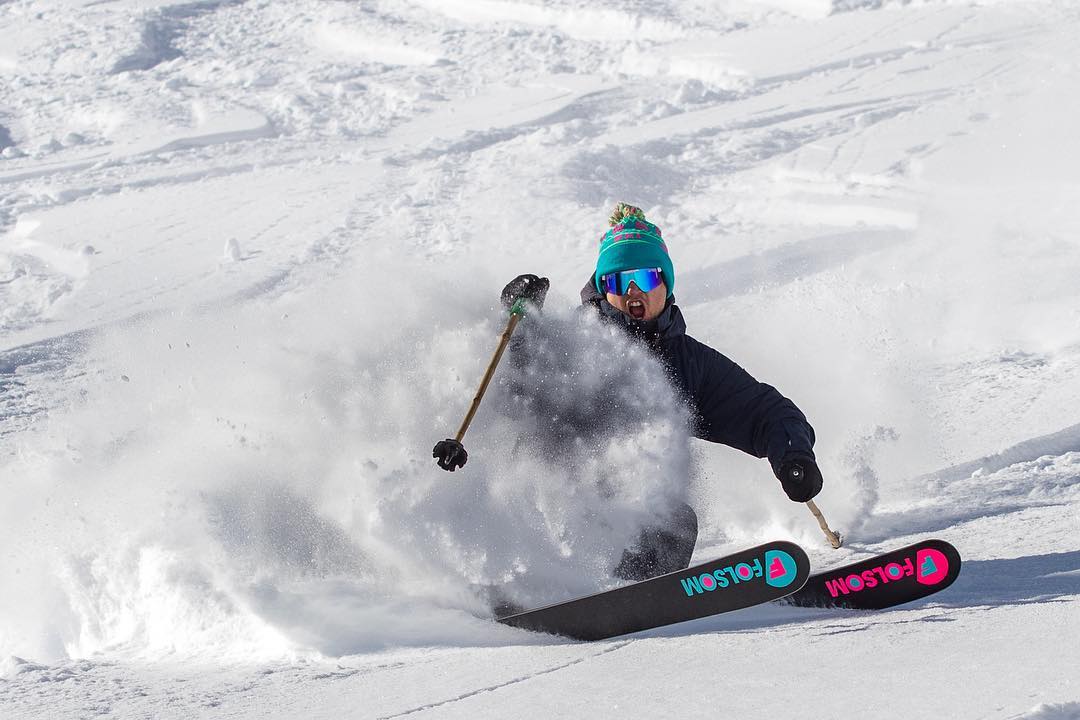 Utah’s bounceback year has been one for the ages. Alta ended March with 16 inches of fresh, and looks to pull down more this week. 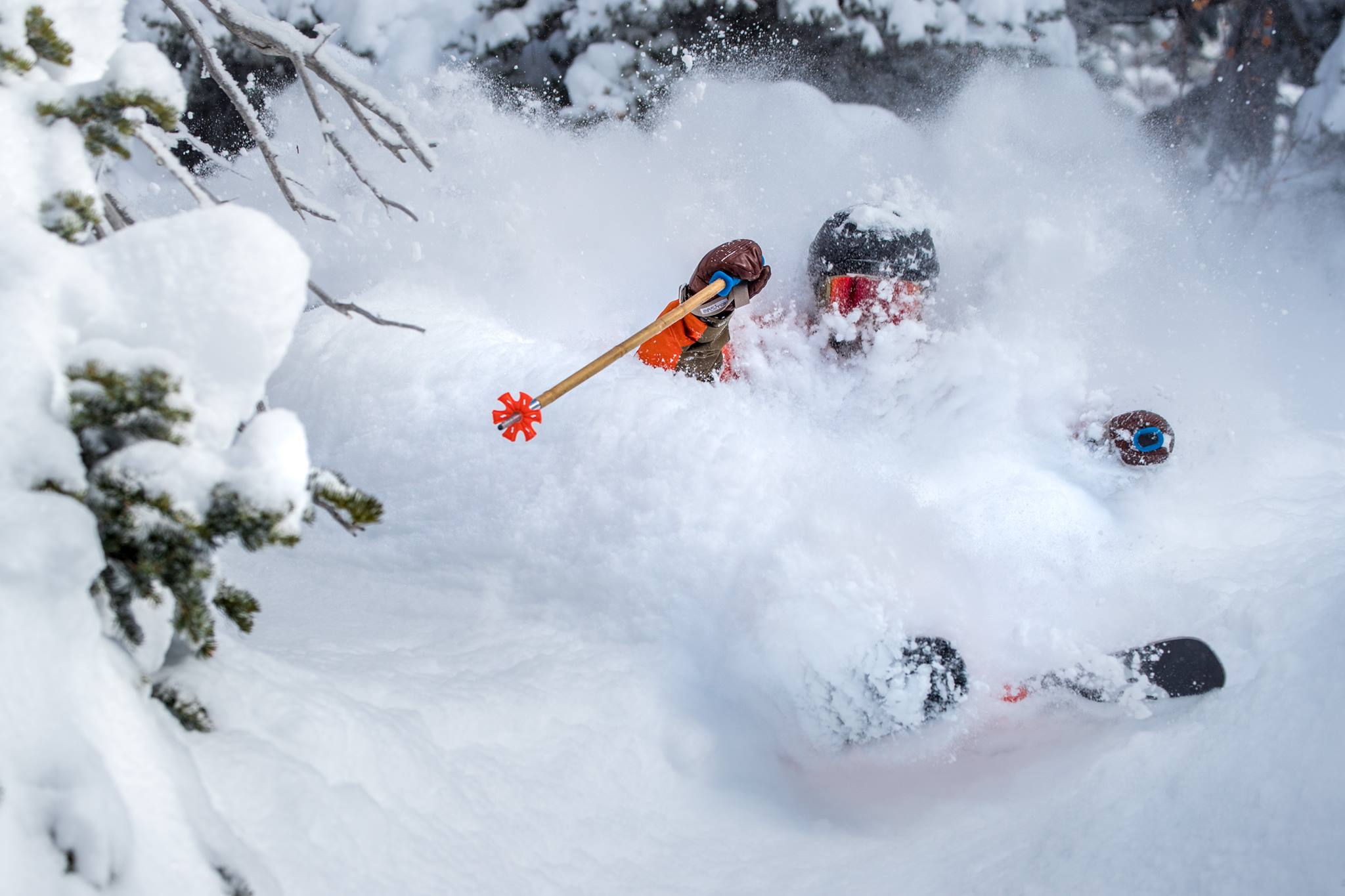 Head to Utah if you want the good snow: Snowbird has received more than 550 inches of snow this season, and it’s still going. 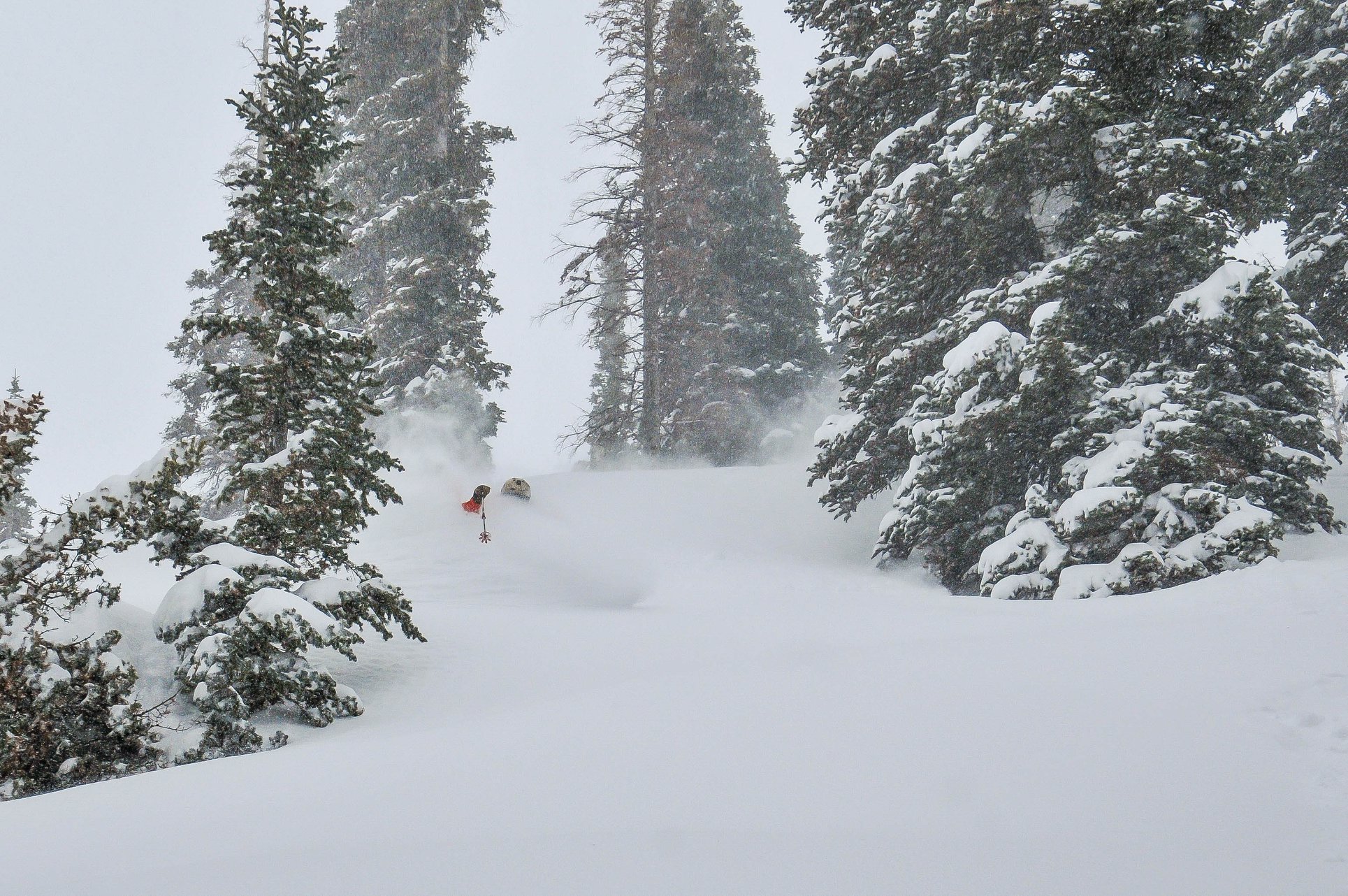 Snowbasin received 95 inches in March and the forecast shows another foot is possible by midweek. 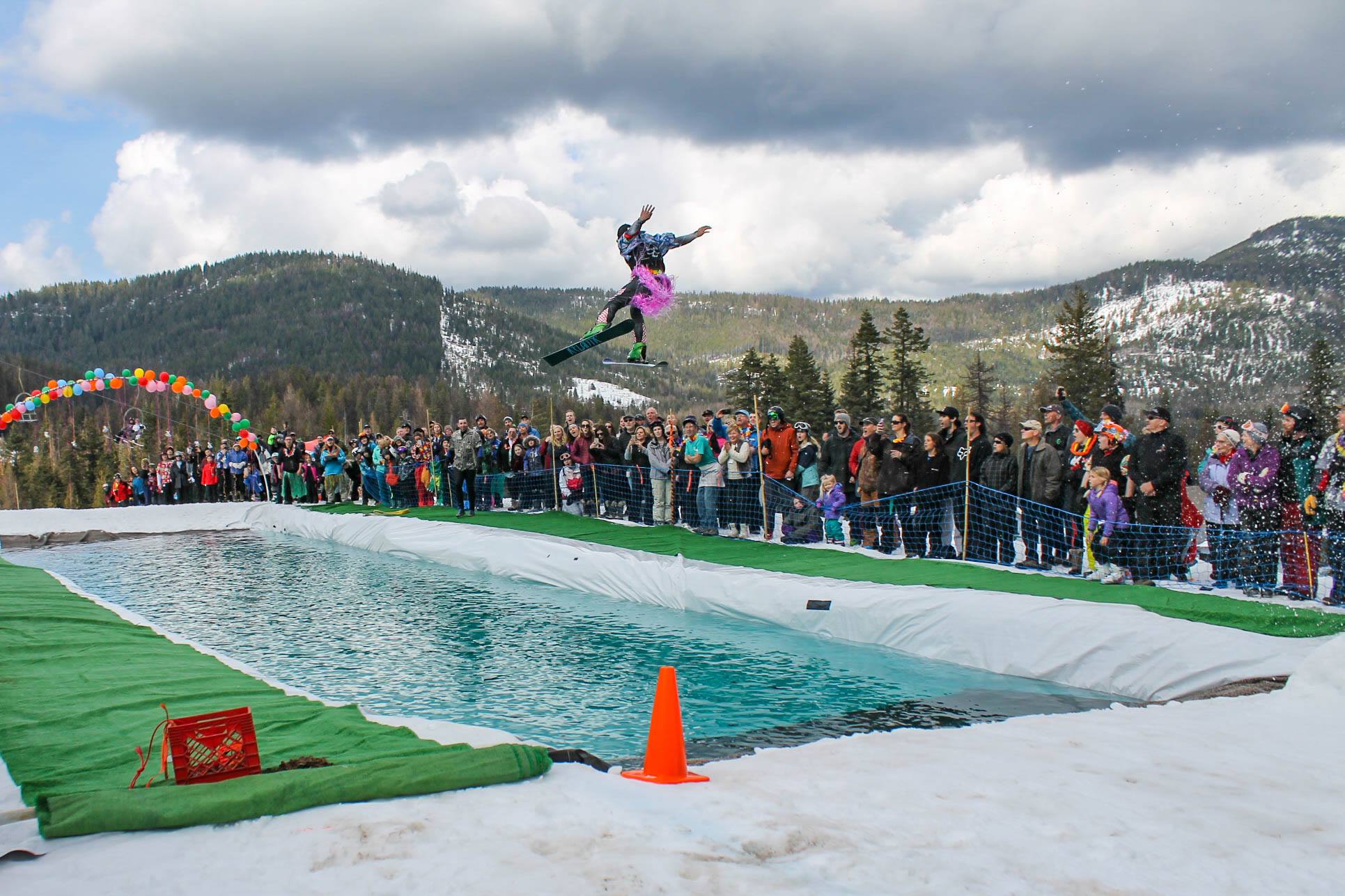 A true local’s hill 49 Degrees North is closing out their season in the coolest way possible–free skiing for everyone for the entire week. 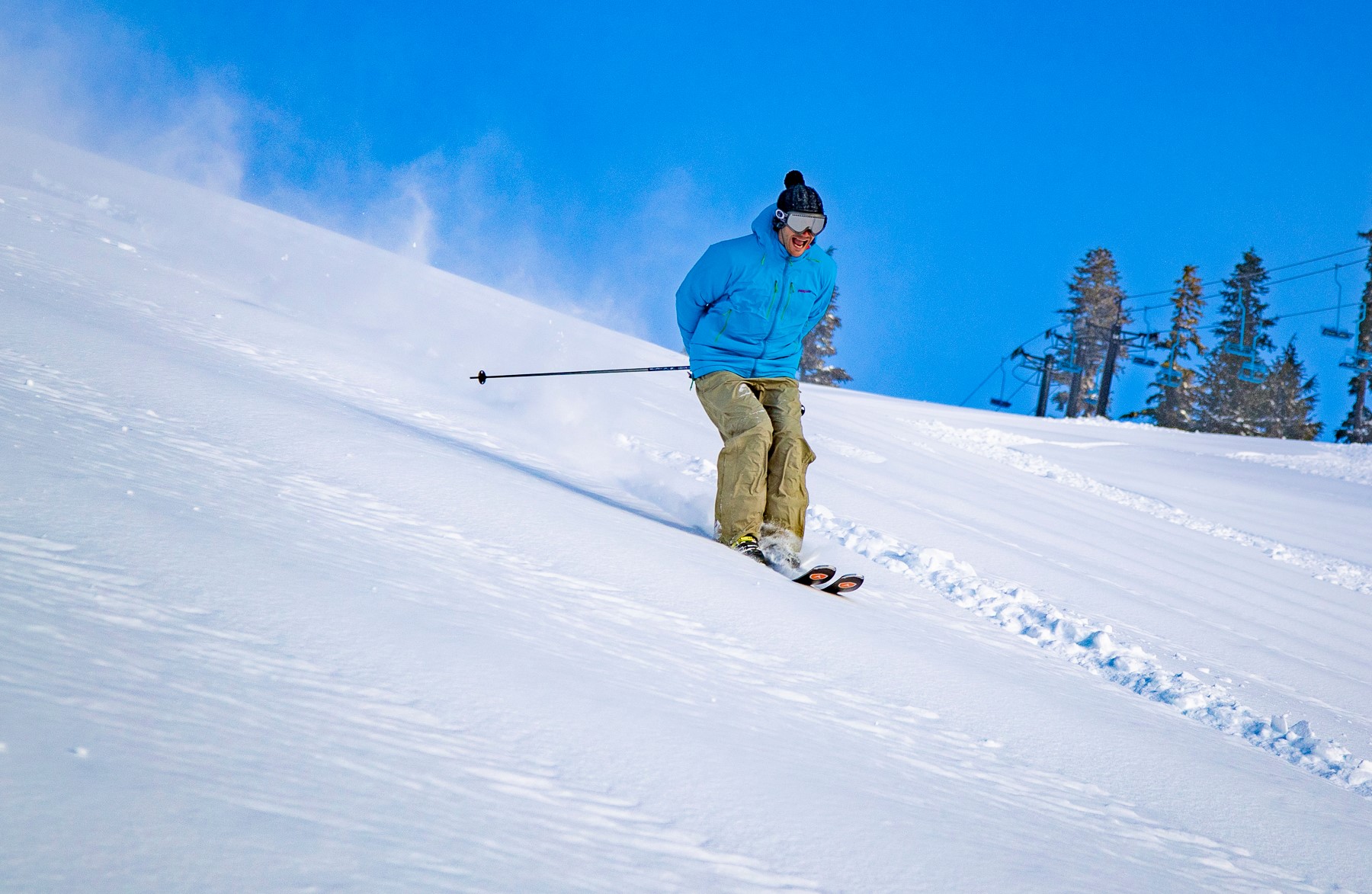 With snow forecasted all this week at Mount Hood, it doesn’t look like the PNW’s ski season will be ending anytime soon.

Sun, slush, and a couple of friends to slide around with. Spring is a good time to spent in the mountains! Photo: @cshillingphotography Skiers: #therealmtbaker #mtbakerskiarea #mtbaker

Mt. Baker kicks off April with Family Week, offering $5 daily lift tickets for kids 15 and under and $5 microbrews for adults. 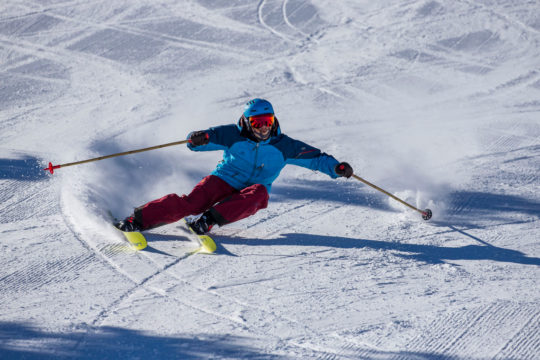