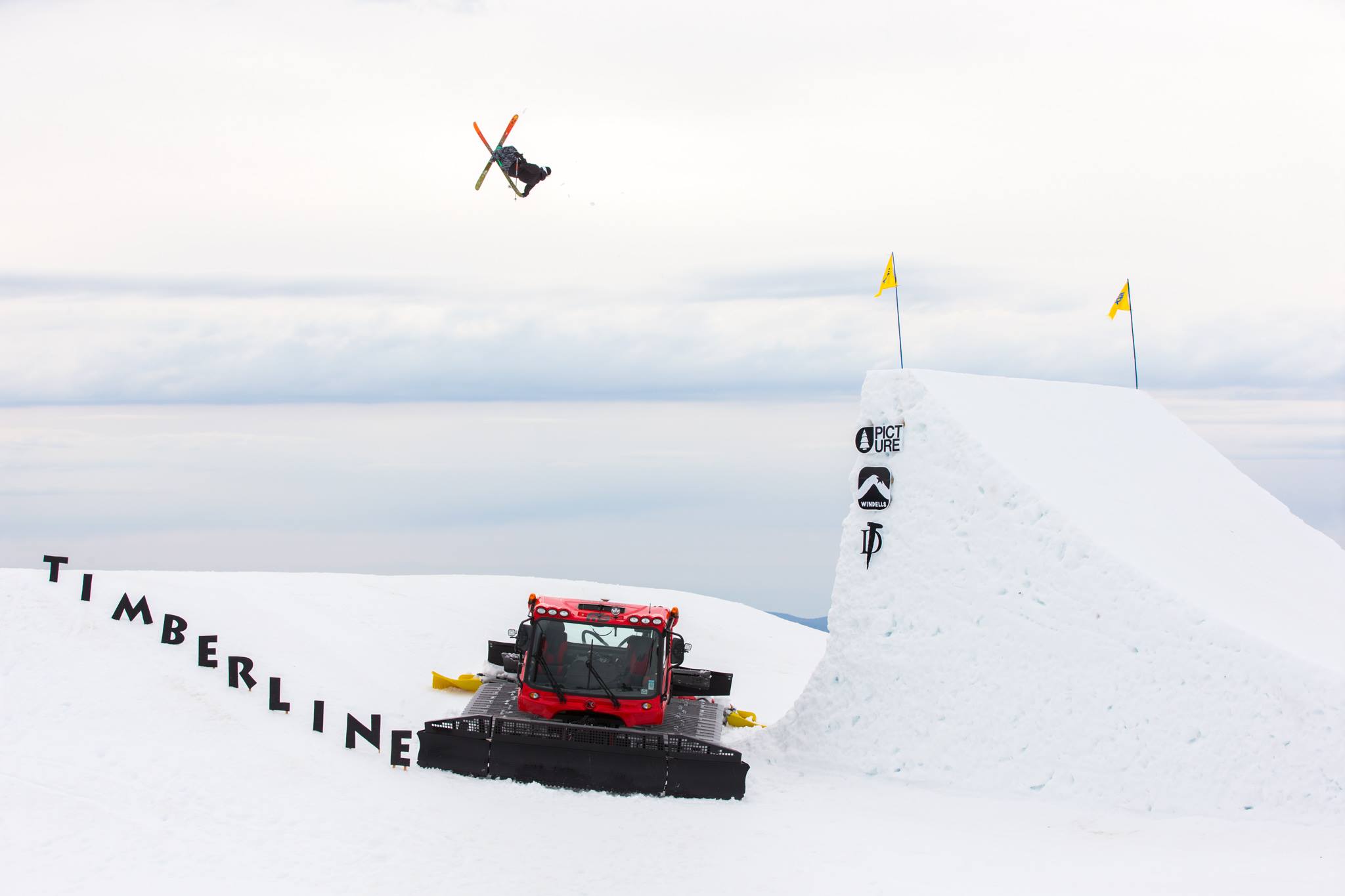 The iconic West Coast Session (WCS) has returned to the slopes of Mount Hood, Oregon for its tenth go-round of massive jumps, challenging rail setups and good times galore. The return of WCS is bittersweet; year 10 marks the final edition of the storied event. To send ‘er off in proper fashion, a large contingent of skiers has gathered from across the globe for a week of grade-A skiing on features large and small, offered by WCS hosts, Timberline and Windells Camp.

Ethan Stone reports from the ground, “Unfortunately strong winds put a damper on the session-opening ‘Public Jam’ on Sunday, May 1, forcing a postponement of the public event, in which skiers from across the Northwest and beyond flock to ski in the Timberline parks alongside the invited WCS skiers. But the session quickly got back on track with back-to-back shoots on the WCS signature feature, a massive 85-foot jump positioned alongside the Stormin’ Norman park lift. The invited riders are also busy with a bevy of contests to keep things interesting throughout the week: A team contest, daily hashtag mini-contests and more. Browse #WCSgrab on Instagram to get the idea.”

With two days of photoshootin’ complete on the 85-footer, WCS10 now moves into its second stage: Intensive shredding of the rest of the mountain and the parks, followed, as always, by skate sessions back home at the comfortable accommodations of Windells Camp. “It’s safe to say that WCS10 is off to a fabulous start to a fitting end of a decade-long legacy,” said Stone.

For those considering a jaunt up to Hood this summer, the terrain serviced by Windells Camp has received well over 500 inches of snow this year, and over 62 feet(!) in the superpipe zone. This means Windells campers will be skiing on over two miles of real, beautiful snow all summer long. And with more lift-accessible terrain than any other camp in North America, you’ll have plenty of turf to cover while romping around with professional coaches and visiting pro athletes.

More on the Windells front: For the first time ever, Windells will offer a ski only terrain park, designed to accommodate first-time rippers and top pros alike. Campers will have a chance to ride and progress in this zone while watching and learning from some of the best skiers in the world. Karl Fostvedt, Nick Goepper, Jonah Williams, Khai Krepela, and loads more have already confirmed attendance. Register up before the available spots fill up, folks. And stay tuned for more from WCS10.