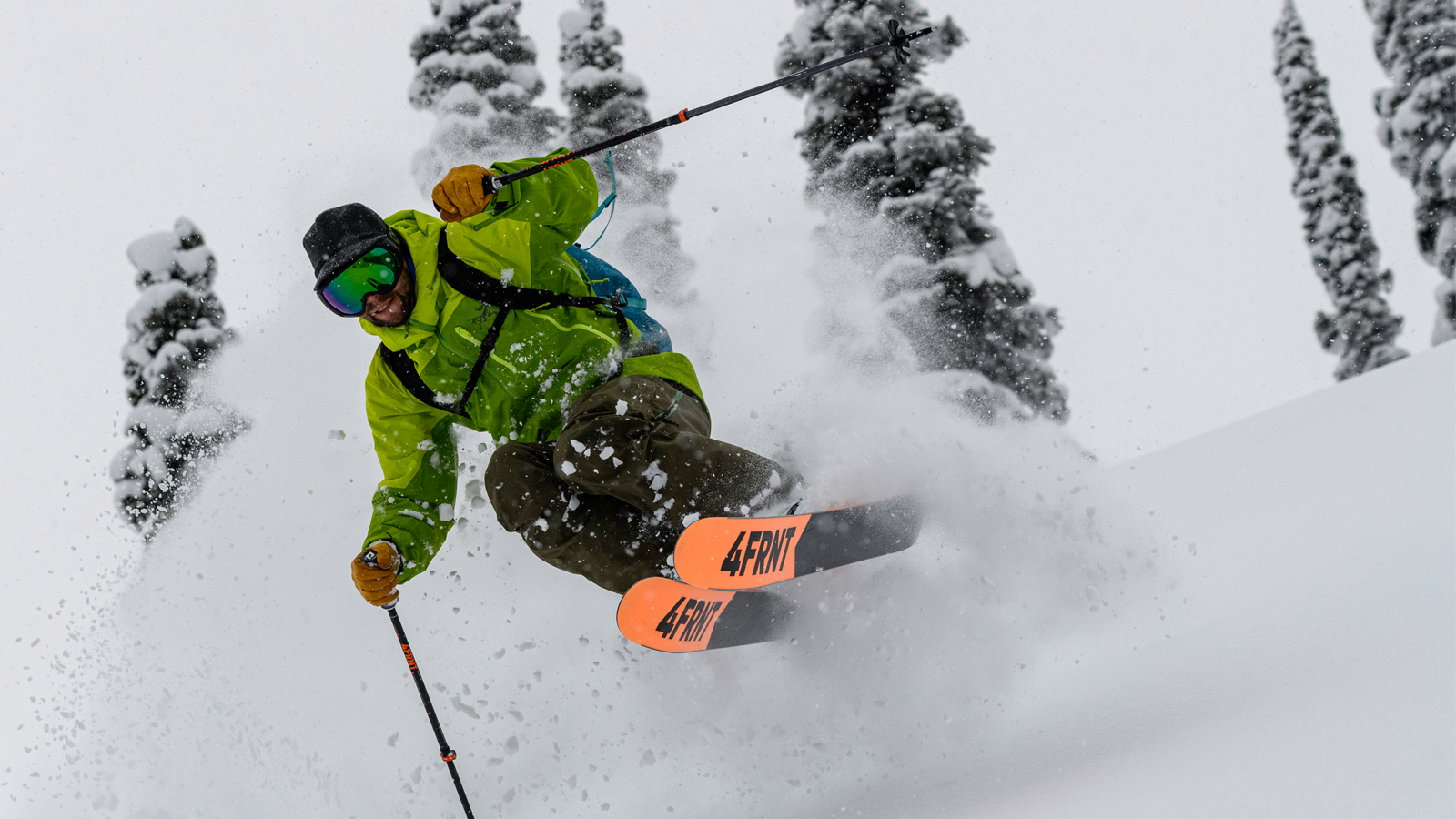 Ski manufacturing can be a stale business. Planning graphics on rental fleets and accommodating retailer demands often drive a large part of the decision-making process, especially for large-scale makers. But independently owned ski builders bring life to the industry, tapping into athlete feedback and consumer demands more attentively than mass produced freeride lineups. 4FRNT Skis is one of these indie brands—a minority in the ski world—and is taking on new ownership this season.

Longtime ski builder, industry visionary and current owner of J skis and 4FRNT, Jason Levinthal, has sold the 4FRNT company to a new group of passionate owners, part of a plan to ensure long-term success for the core skiing brand.

In 2017, Levinthal acquired 4FRNT Skis from its founder, Matt Sterbenz, and helped maximize its status in the freeride community by implementing a direct-to-consumer business model, selling skis solely through 4frnt.com. “Over the last three years, I turned 4FRNT into a digitally driven brand,” explained Levinthal from his home office. “I didn’t change the soul of [the brand], it was really just about modernizing it, to get it up to speed with today’s direct to consumer, e-commerce business model, and become financially stable. I didn’t sell it because COVID hit; or because 4FRNT was going bankrupt. I sold it because it is worth something… now, it’s ready for the new owners to take it to that next level.”

Under Levinthal’s supervision—this is worth emphasizing—4FRNT never lost touch with its origins, its “badass, don’t care what others think” attitude, crafting products inspired by athletes and fine-tuned for skiing’s core audience. And that won’t change. Behind the scenes, three hand-selected private entrepreneurs—lifelong skiers and longtime friends ​Charlie Johnson, Will Armenta and Ebi Lange—are set to take over the business. Each brings a unique set of skills to the company and have been chosen by Levinthal specifically for their business expertise and passion for skiing.

The conversation began in February 2020 when Levinthal took a grassroots approach to finding new owners, sending out a note to ambassadors and athletes who’ve supported the brand over the years. Even in the initial search, 4FRNT’s own were the catalyst in spearheading the project. By chance through a friend, Armenta received word that 4FRNT and Levinthal were seeking new ownership and, as they say, the rest is history.

“We went on a ski trip to La Grave… and onto Chamonix,” explained Johnson from his home in Winter Park, Colorado. “I had brought my Hoji [skis] from five years ago and was just raving about them the entire time. When we got back, and were still buzzed from the trip, we were passed a pitch deck explaining that 4FRNT was up for sale. We were never looking to buy a ski company… but started learning more about the business model along with the heritage and reputation that surrounds the brand. We thought that if there was a ski company to buy, it would have to be 4FRNT.”

Together, 4FRNT’s new ownership brings multi-faceted leadership to the company. Lange’s experience on Wall Street and hands-on involvement in the 2008 acquisition of Rossignol set the groundwork for his new role focusing on the business-side of the company; Armenta’s involvement in data-based brand development will help grow 4FRNT’s reach to new customers; and Johnson, a former big-mountain competition skier turned real estate entrepreneur, will oversee the product-focused side of the business. Sam Kimmerle, who has been at the helm of 4FRNT’s marketing efforts for the past two years, has been promoted to brand and team manager and will continue to guide the ship in a hands-on fashion by collaborating closely with pros like Eric “Hoji” Hjorliefson and Thayne Rich, and by maintaining relationships with 4FRNT’s avid fanbase.

Simply put, 4FRNT’s future is brighter than it has ever been. Led by Kimmerle and its new trifecta of enthusiastic owners, there are already new products in development and the potential to grow the brand’s athlete roster is top of mind. But, most importantly, the skier, the consumer, the insatiable first-chair-to-last-bell rider—that’s you—will continue to drive 4FRNT’s design and manufacturing direction.

“We have some really exciting things in the works right now,” said Kimmerle, who joined the call from 4FRNT’s headquarters in Burlington, Vermont. “We’re further ahead on prototypes than we’ve ever been before. We’ll be starting the season off with two things we’re working on pretty heavily. This year, especially, we’re ahead of the curve.”

Before our call ended, Levinthal wanted to make one last point. “Personally, I’m really grateful for everyone who, over the last 18 years, has put their soul and effort into 4FRNT. None of this would have gone anywhere without all of that history and support; I’m talking about the athletes, the suppliers, the manufacturers, all those sales reps that were hustling out there on the road, the shops and the employees. It’s been a long 18 years getting 4FRNT to where it is now, and that’s why I just couldn’t see it go away.” 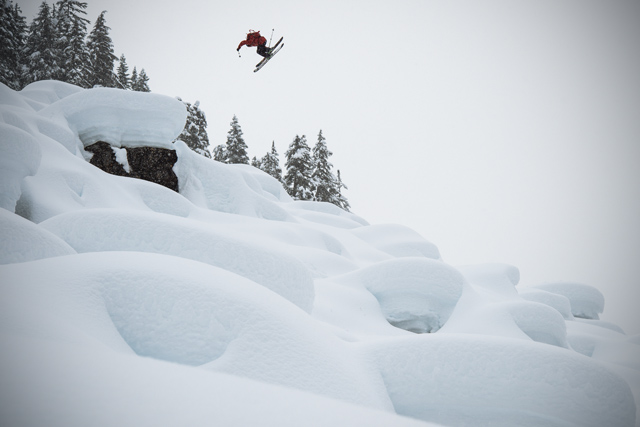 4FRNT Skis: On the Leading Edge of Design