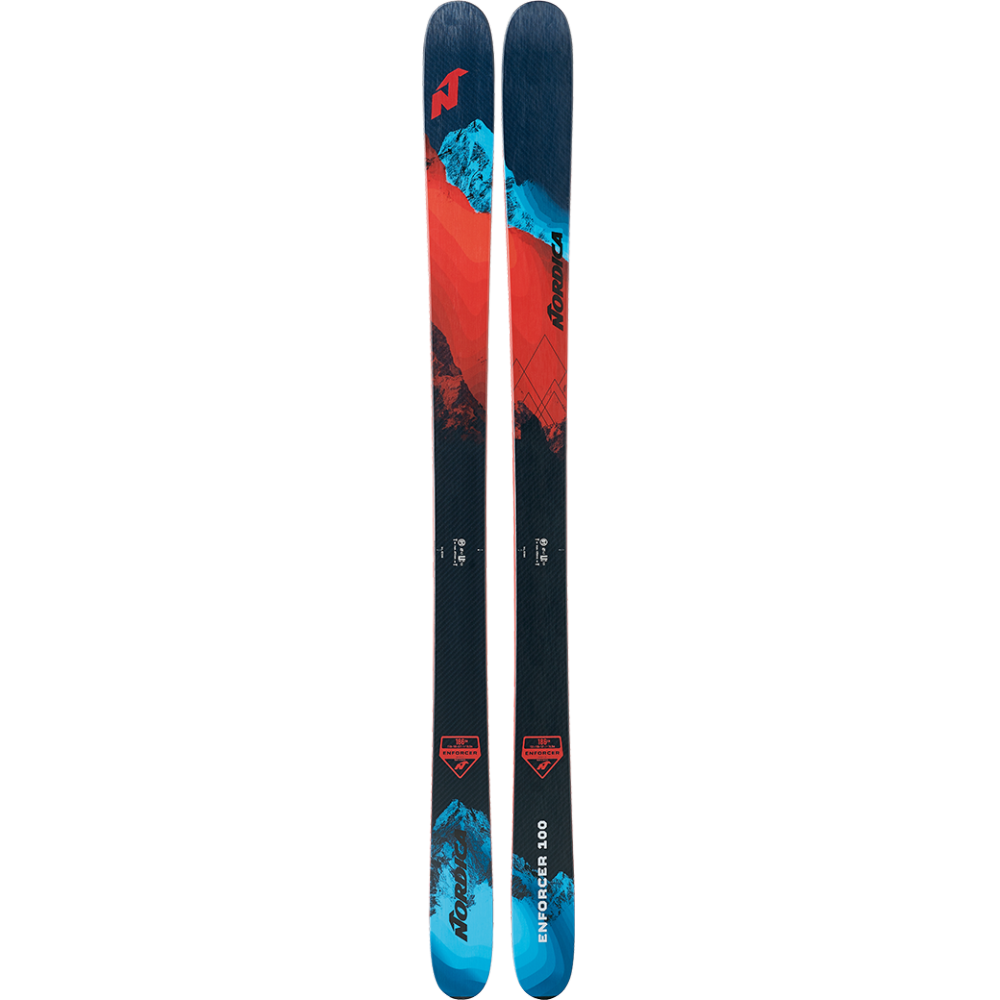 The Nordica Enforcers have always been known for their powerful, hard-charging character—but could they get any better? Nordica re-worked the Nordica Enforcer 100 for 2021, trimming out ABS from the tip and extending the wood core, allowing for a boost in playfulness and nimbleness, without any loss of pedal-to-the-metal power. The Enforcer 100 also features a carbon-reinforced chassis that weighs 35-percent less than traditional fiberglass, for further weight savings while maintaining that same trademark muscle. The new Nordica Enforcer 100 is a smooth ride with serious grit, and will appeal to any skier that enjoys maxing out the speed limit.

“The Enforcer 100 is a strong, stable ski that excels on the front side of the mountain, but is versatile enough to venture off-piste. The ski maintains the damp, stable ride one would expect from a Titanal laminate ski in this category, but feels more forgiving and less demanding than others in its class.”