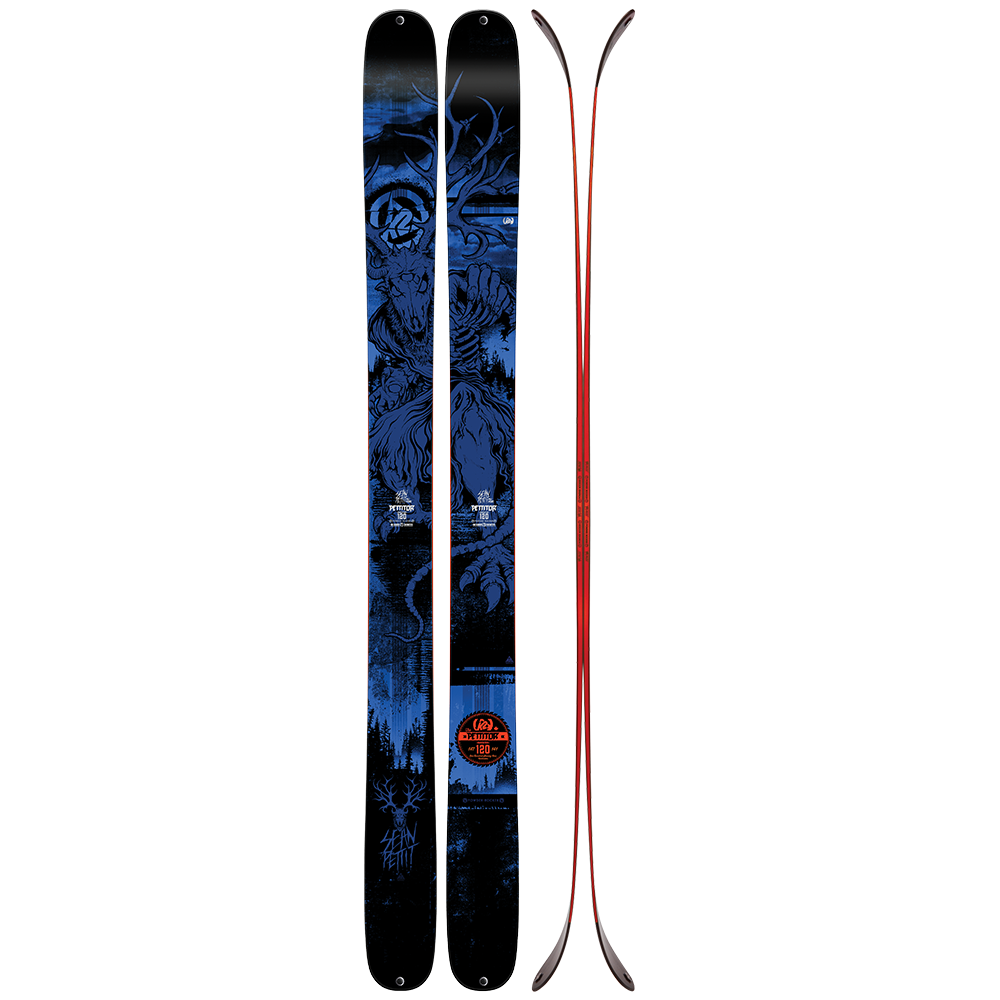 To be worthy of being called Sean Pettit’s pro model, a ski must be playful enough to nose butter massive cliffs, have the stability to stomp said airs and float well enough to surf the deepest of the deep. The third generation of “The Pettitor” is equipped all those abilities thanks to a 120 mm waist, tip and tail rocker and traditional camber underfoot. Increased taper in the tip and tail of the 2015 iteration keeps the K2 Shreditor 120 nimble, and the stiffest flex pattern in the Shreditor lineup provides a ride that can handle just about anything you throw at it.