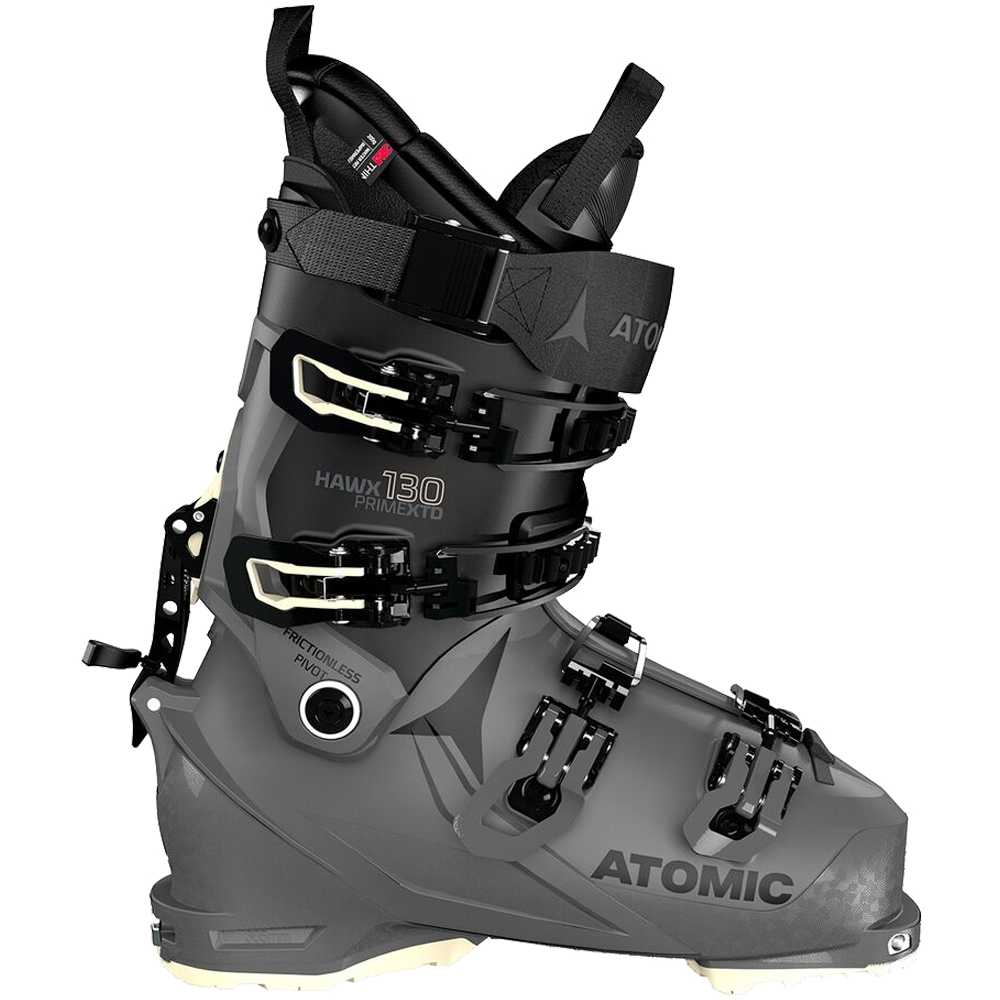 Atomic’s award-wining Hawx series of boots just became more accessible, specifically to skiers with a wider forefoot. The all-new Hawx Prime XTD 130 builds on the success of its narrower predecessor (Ultra XTD), with a roomier 100-millimeter last. Atomic’s Free/Lock hiking mechanism on the Atomic Hawx Prime XTD 130 Tech GW enables up to 54 degrees of flexion when hiking or skinning while the lightweight shell built with Prolite construction keeps the weight down. Inside, Atomic’s new Mimic Platinum liner offers a snug, pre-shaped fit right out of the box but will really cradle your foot after it is heat molded. Atomic also claims that you can get four (or more) moldings out of the liner before you start to see any sign of deterioration. Skiers who couldn’t quite cram their feet into last year’s Prime Ultra XTD should keep the Atomic Hawx Prime XTD 130 Tech GW top of mind.