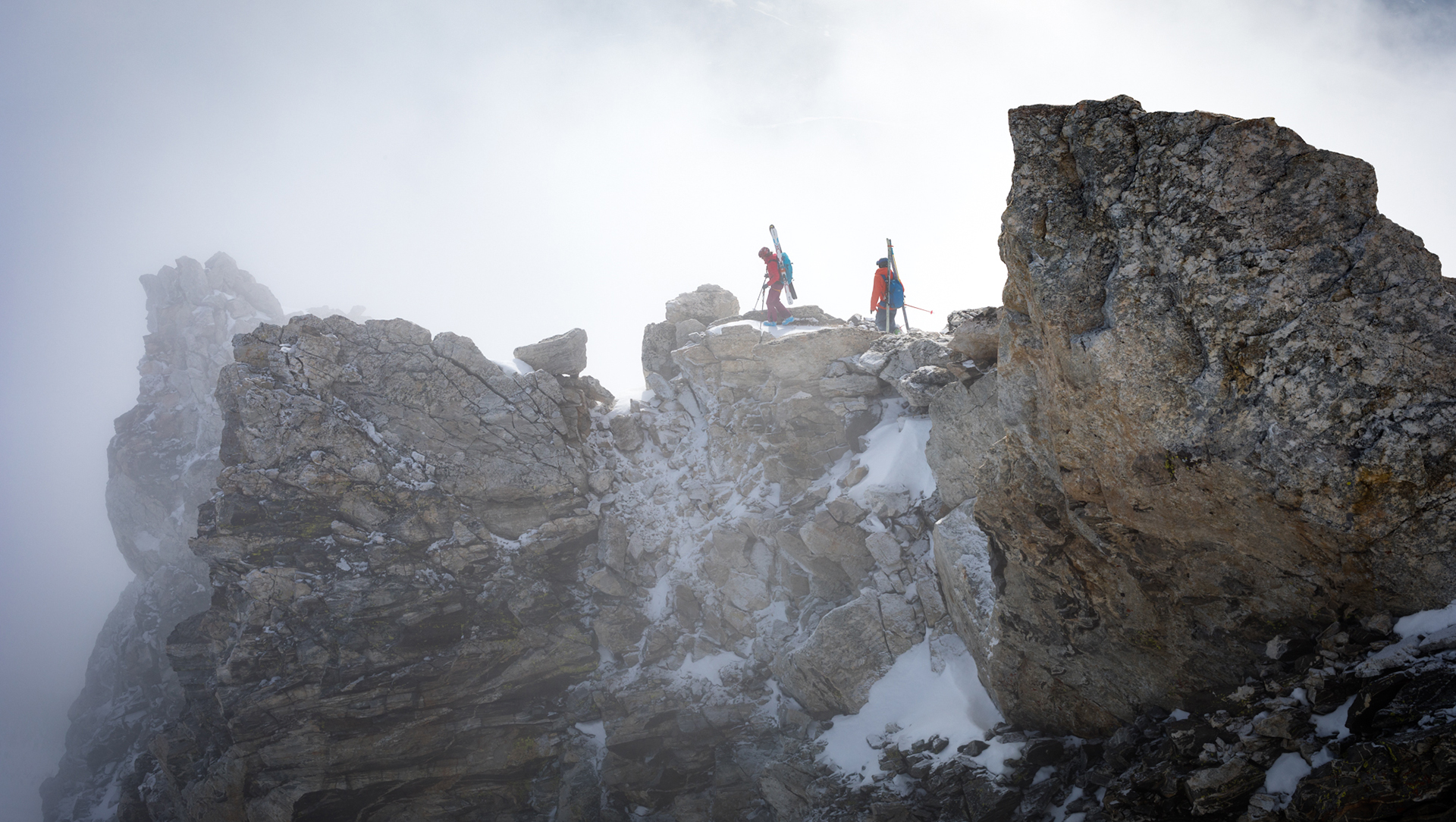 The Leeper kids always had a goal in the mountains. Luckily, they’ve evolved somewhat from those of childhood, when Jeremy, Janelle and Owen would climb into abandoned mines in Colorado, looking for old dynamite sticks to set off. Perhaps, however, that’s where the kids learned to climb well and move fast—away from explosions. Those skills serve Janelle and Owen today in the many exploits they’ve accomplished together in the mountains, and in their careers as professional skiers. “We had a lot of… energy,” Janelle says euphemistically, with the family’s signature mischievous grin. Owen agrees. “Yeah, blowing up stuff was always fun.”

After their explosives and pyromania phase, however, like a lot of siblings, the two drifted apart as adolescents, busy with growing up and trying to find their own way and identity. No one, including them, expected that they’d end up creating very similar worlds for themselves, and become far closer than they ever were as kids.

Despite very different ski careers—Janelle was a dedicated skimo racer, three-time national champion and is a sponsored ski mountaineer and mountain guide, and Owen is a gravity-fueled professional freeskier; it’s a valuable, complementary skills pairing. That’s made for their extraordinary sibling connection as adults.

Born in Aspen, Janelle and Owen moved with their parents and older brother to Ouray when they were 12 and 9, respectively, where the family often skied at Telluride on the weekends. But they didn’t spend much time together otherwise. “As the youngest of three, [Janelle and Jeremy] kind of picked on me, so I didn’t really want to hang out with them,” says Owen.

However, when Janelle decided to take her junior year off from the University of Colorado and spend it back in the mountains living in Aspen, she agreed to allow her little brother to live with her for his senior year in high school, so he could ski more. But they were still on different pages. “Mostly Janelle did her own thing,” says Owen, and Janelle agrees. “I’m pretty sure we both annoyed each other at that point.”

Luckily, they made it through the winter without killing each other, and Owen moved down to college at CU the next year while Janelle struck out on her own again. She moved to Crested Butte, where she met her husband, Mark Smiley. “The first time Owen met Mark was at our wedding—that’s how much we hung out then,” says Janelle. Mark was an ambitious, skilled climber and mountaineer and Janelle brought her love for the snow, so the couple combined forces and delved into ski mountaineering and touring.

In 2011, Janelle traveled to Jackson, WY, for the U.S. Ski Mountaineering Championships, which she won. She and Mark decided move there to take advantage of more challenging terrain— and Owen joined them. The three moved into a shared house in town with a couple of other roommates, and proceeded to get after it.

Since Janelle had spent most of her time honing technical climbing skills and skimo fitness (she and Mark were en-route to completing the Fifty Classic Climbs of North America), gaining more aggressive downhill skills was her goal. Owen was there for his sister. “That was her first year of really skiing a bunch at the resort, she just wanted to ski steeper and steeper stuff, so she could up her ski mountaineering. So I showed her around,” he said. But when spring arrived, the resort closed and they headed up to ski in the Tetons, it was Janelle’s turn to be the guide. “She takes the lead in the climbing and mountaineering, she always goes first.”

That first spring, the three climbed and skied the Grand Teton. “That was a huge moment for us, to do that all together, the first time for all of us, and high fiving on the summit,” says Owen. “It was so good to have them on the way up. And I think they were glad to send me down first, to kind of check out the conditions. It’s a really good combo. My sister and her husband, as a combo, too, is pretty lucky. I’m very grateful for that relationship, and sharing all this time in the mountains has definitely brought us together.”

It’s been helpful that Owen and Janelle have been gifted with the same athletic capacity and endurance genetics. Otherwise, hanging out an ultra-fast skimo champ sister could be trying for the family dynamic. “There aren’t that many people who can keep up with us—the same bloodline is pretty helpful,” says Janelle, in a typical older sibling style compliment. “But I don’t understand how he performs as well as he does on the food he eats. He eats peanut butter Cap’n Crunch every morning.”

That clearly doesn’t slow Owen down, and the family adventures continue. “Skiing the northeast snowfield on Mt Owen [in the Tetons] was pretty memorable, for example,” says Owen. “It’s 45-50 degree slopes, a 150’ rappel in the middle, and then you have to descend a tight couloir. That was a huge day to share. But I also think because we’re in the same family, we watch over each other more.”

Of course, they spend plenty of time just getting out together, even if its not a major peak or milestone. Every run, climb, ski and peak bagged cements the bond more, but they know they’re lucky to have each other. Owen points a trip to the West Coast to ski three volcanoes—Mt. Hood, Mt Adams and the South Sister–in four days, that he and Janelle did together. “There’s no one else capable that I would want to do that trip with. It was pretty cool to get to do it with my sister.”

And the rest of the family? “My dad tells us both every day to just get regular jobs,” says Owen. “But the first thing they tell everyone is what we’re up to, so, they’re proud of it, too.” 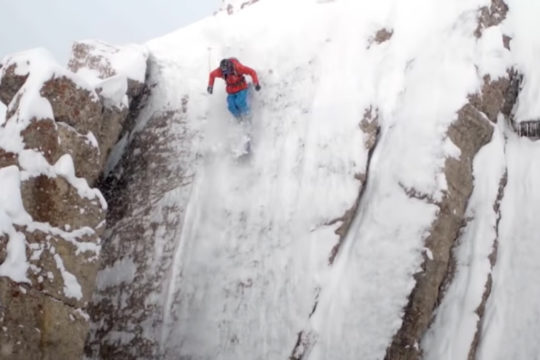