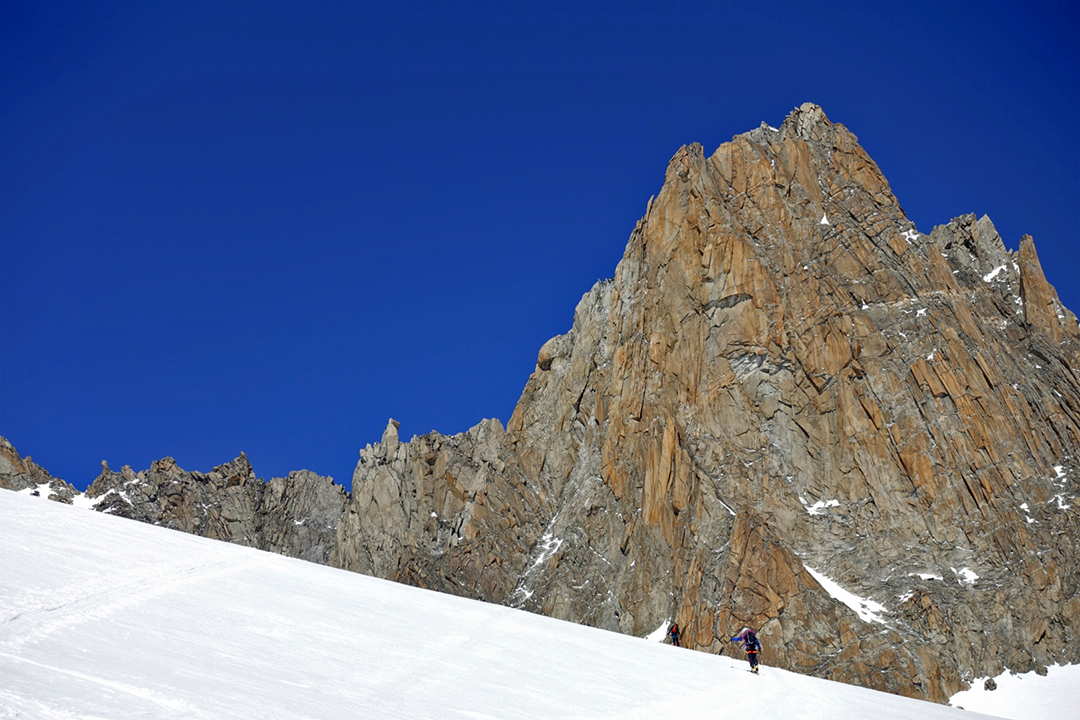 Published on May 15, 2017
by Donny O'Neill
Share
Tweet
Pin
Email
You’ve arrived on page two of this story. To go back to page one, click here.

“I had no idea, but the huts are amazing,” Townsend says. “On our tour from Chamonix to Verbier, it was a big push and the day was getting late. We ended up at the Trient Hut. We were just trying to get some water because we ran out, but we ended up staying. Besides the bedding, which is like sleeping in a sleep-sack piled up next to a bunch of other people, it felt like four star accommodations, in the middle of nowhere, high up on this glacier.” 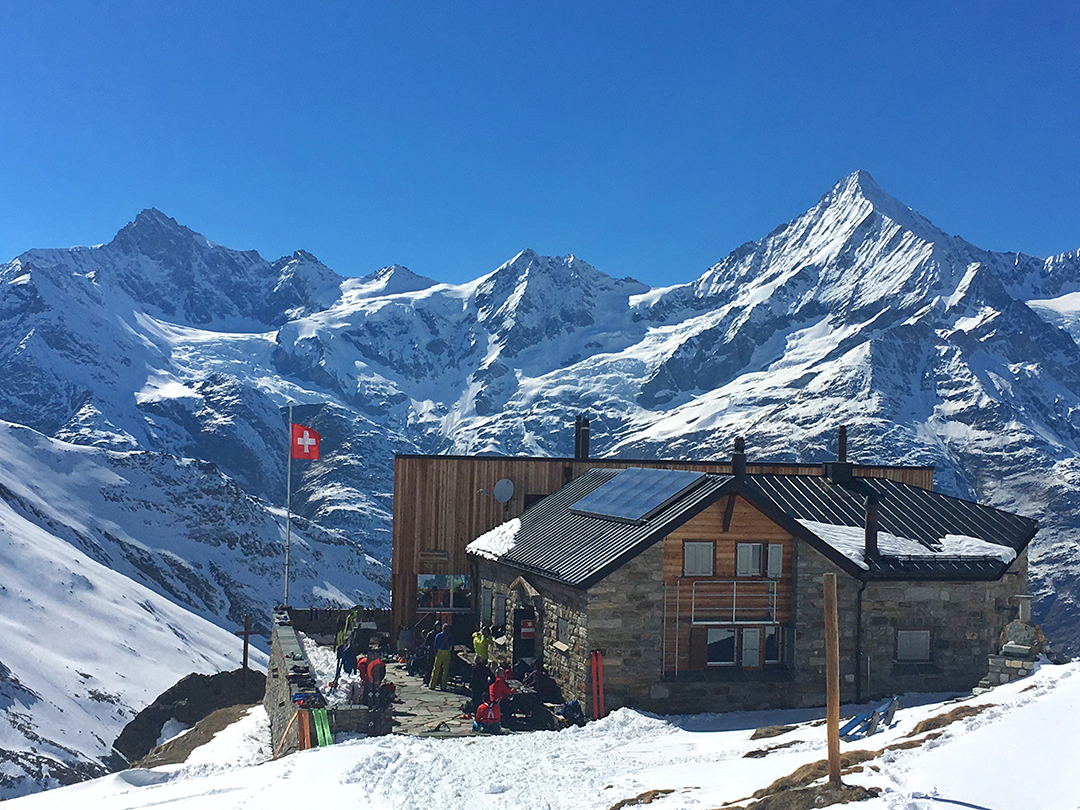 If you have the self control to abstain from purchasing a ton of beer or similar items at the hut, crashing at them is affordable and provides great bang for your buck. “All-in-all the huts are super plush,” Daiek says. “You show up and it’s roughly $80 per night, but that includes your bed and breakfast and dinner.”

And, of course, waking up high in the mountains, right next to your route, is a treat, too. “Some of the higher alpine huts up on the glaciers are insane,” Daiek describes. “To wake up on the glacier with massive peaks around you is a pretty amazing experience.”

All of these tips are key to keep in mind, but, perhaps the most important aspect of the trip is your pack, and its contents. The pack is going to be strapped on your back for the majority of your journey, and having everything you need and nothing you don’t is the biggest piece of advice Daiek would give to an eager European ski bum traveler. “You tend to want to bring too much stuff. Even Cody and I at the end of the trip were taking stuff out of our packs when we were sitting in the hotel room the night before flying home and being like, ‘What don’t we need next year?’” 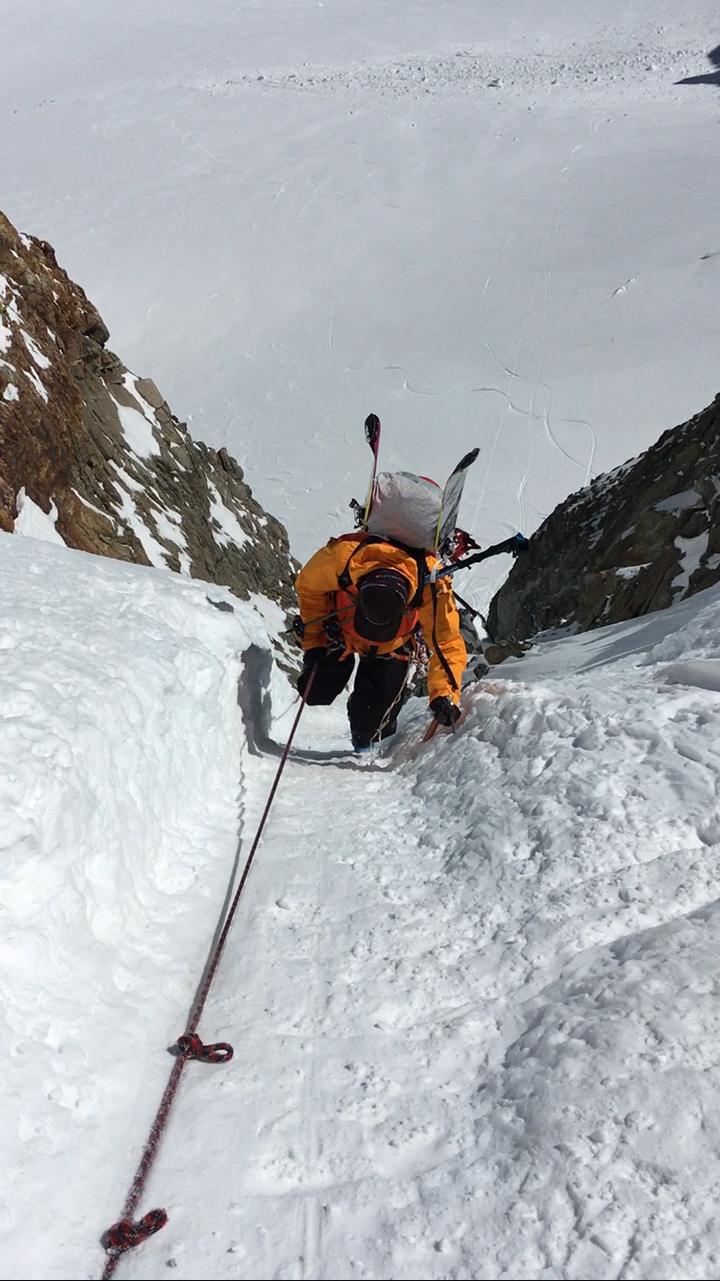 The skiing is as difficult as you make it. Photo: Josh Daiek

What you should plan on bringing, according to Daiek, is comfort wear that’s packable—something to slip into at the end of the day to get out of your sweaty, stinky ski clothes. “I had a change of underwear, some really lightweight pants and a lightweight, breathable T shirt,” Daiek says. “That was really key to get out of your sweaty thermals each night and put on something somewhat clean.”

Above all else, Townsend and Daiek kept plans loose and were flexible throughout the whole trip. This allowed them to pivot when needed, say, when weather rolled in or snow conditions didn’t live up to expectations. Without a hit-list of objectives, Daiek and Townsend were able to take advantage of opportunities as they presented themselves. When they ended up in Zermatt, they were able to link up with local skier Sam Anthamatten, who guided them around his home.

“It was great to meet up with him because otherwise we didn’t know where to go or what to do and he’s been a guide in those mountains for forever,” Daiek says. “It was awesome to have the local knowledge and the when the weather finally cleared, to get some advice from him on where to go was great.” 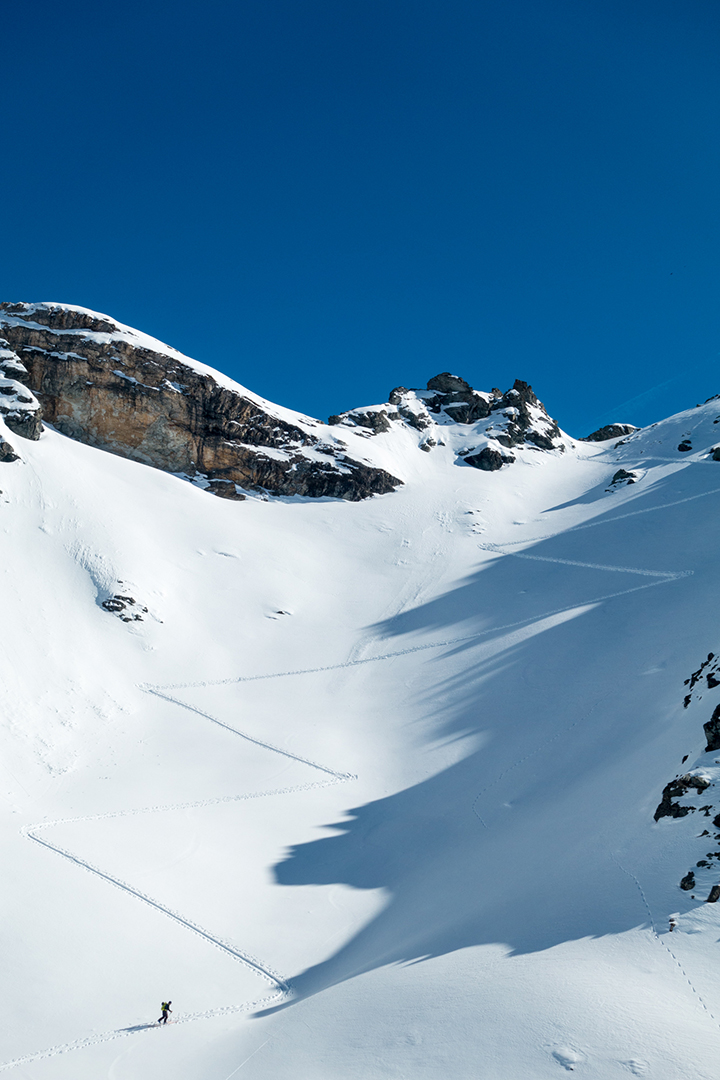 “The goal being that there was no goal really played into it well,” Townsend adds. “There wasn’t a checklist, or an objective where if we didn’t do it we’re not excited, it was just to go there, ski tour, ski and connect ski resorts.”

By being loose and flexible, the vibe of experience was that of the classic ski vacation planned between good buddies—which is something that can fall by the wayside on many ski trips taken by pro skiers where bagging shots for the camera is of the utmost importance. “Most people would agree that going skiing with your buddies is the most fun thing in skiing,” Townsend says. “And so to go to a completely new place with no film crew and no goals and a buddy that’s motivated and wants to go have fun, that’s as quintessential as it gets.”

The goal was to inspire others to break out of their comfort zones and try something similar (and have fun, of course). To that end, the pair was successful, with droves of people tagging their friends in the comments section of Daiek and Townsend’s respective Instagram stories and posts, with notes like, “this is us next year,” and “us in 2018?” I know the seed has been planted in my head, too. 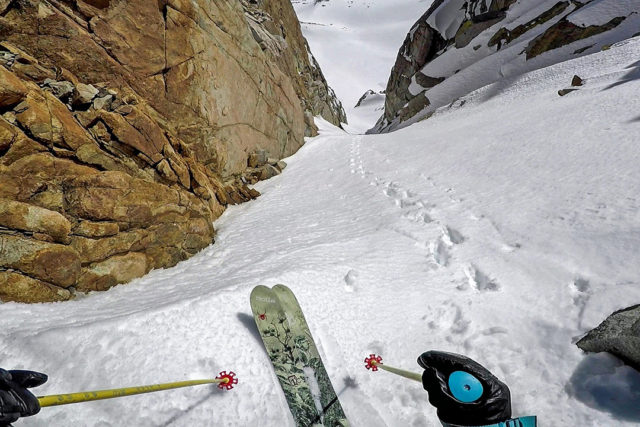