Finally, it’s that time of year where the leaves are putting on a colorful show, the peaks are getting their first coat of white, the annual ski movies are dropping and ski areas are starting to announce their opening days. Mind you, these dates are subject to change—depending on what Mother Nature decides to do in the next few weeks—but they are the promise of a season to come nonetheless. With Keystone opening as soon as next week and Killington and Mount Snow both projecting early November opening dates, there’s sure to be some early season, lift-accessed skiing near you.

Just a short drive from Denver, Keystone is a Summit County local’s favorite for early-season turns. With the possibility of spinning its lifts as early as mid-October, ski season has practically arrived at Keystone.

A Front Range favorite for good reason, Arapahoe Basin plans to start serving skiers a healthy dose of early season turns by the end of October. Fingers crossed it stays cold enough to make this happen. You’ll catch us flipping burgers at the ski area’s infamous slope-side parking and après spot, The Beach.

Thanks to Loveland’s high elevation and expert snow-making team, the ski area is consistently one of the best places to ski in the entire state of Colorado early season, with more terrain open than is to be expected before the holidays.

Located just 85 miles east of Durango, Wolf Creek Ski Area often claims the most snow of any ski area in the entire state of Colorado and if early fall storms start coming in, Wolf Creek just may be able to open before the month’s over.

Often referred to as the “Beast of the East,” Killington reigns supreme in the state of Vermont for its sizable collection of mountains and premium ski terrain. A perk to east coast skiing is the generally earlier start to the season.

Situated in the Green Mountains in Southern Vermont, Mount Snow is revered for its close proximity to the metropolitan cities in the area and the infamous Carinthia terrain park.

Situated high on the shoulder of one of the most iconic peaks in the Pacific Northwest, Timberline has provided guests with one of the most unique ski experiences for over 80 years. The iconic ski area expects to have winter operations underway by November 28.

Nestled in Little Cottonwood Canyon, just outside of Salt Lake City, Snowbird will start operating just after the Thanksgiving holiday.

One of three ski areas on Mt. Hood, Mt. Hood Meadows offers the most variety, in terms of terrain, to skiers of all styles and ability levels. With a projected “three-peat” La Niña year, which means epic powder conditions for you. Mt. Hood Meadows expects to start running its lifts on December 11.

Mount Baker is known for getting incredible amounts of snow, and with a triple-dip projected La Niña year, those totals could be monumental. With a projected opening day of December 14, the white room is just a few more weeks away. 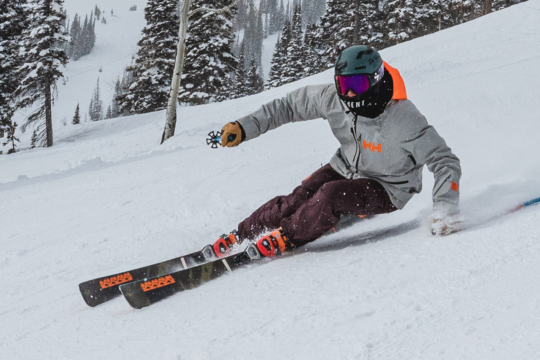