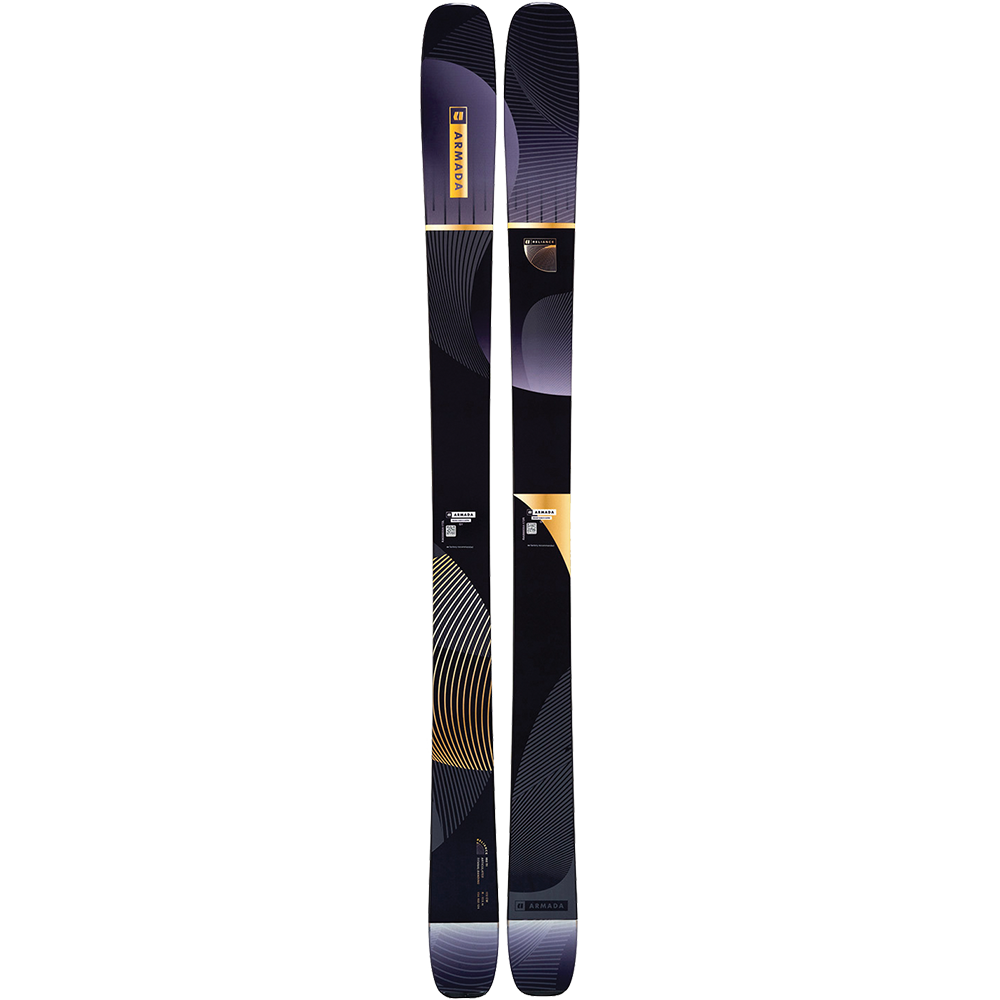 In September 2019 at a tea shop in Park City, Armada held a panel to address its women’s skis. The majority of the 25-person, all-female panel agreed that only a few companies were really investing time and resources into making a “ripping” women’s ski. That needed to change.

“I think the entire Armada women’s crew recognized there was a need for a ski to fill the space between the Trace and the ARW series,” says Brita Sigourney, two-time Olympian, three-time X Games medalist and the first woman to land a 1080 in a competition halfpipe run. “We wanted something specifically designed for ripping the resort and hard-pack groomers on less-than-ideal days.”

So, Armada set out to build a series of directional all-mountain skis for women. In fact, it was the main focus for Armada Hardgoods Development Engineer Travis Eddy for almost a year.

Alta local Erika Klenk was among the women called upon to describe her ideal hard-charging ski. She described a 102-underfoot, stiff yet playful, light but sturdy, freeride-inspired ski. “I wanted a ski that would charge and be stable enough for jumping, lightweight and chargeable through any condition, fast through choppy powder and something that really makes you feel the build-up of a powerful turn that just sends you seamlessly into the next one.”

Clearly, Klenk has the ability to translate her thoughts about a ski into constructive feedback. Her and others’ participation in the process, through multiple iterations, helped deliver the all-new Reliance Series, a five-ski lineup of high-performance, resort-focused skis focused on lightweight durability, lively character and capable stiffness.

Highlights on the all-new Reliance 102 Ti include Armada’s Caruba Core, EST Freeride Rocker and Articulated Titanal Banding that was honed through months of tuning. As Eddy played with a scrap piece of Titanal he brought home from the Armada factory in Altenmarkt, Austria, he thought of cutting slits in the top Titanal layer of the ski and encasing it in rubber to test its performance. Turns out, that allows the ski to compress out the rubber and perform like a full metal laminate ski when it’s on edge; you’ll see the technology through the clear-ish regions of the top sheet. For the entire Reliance series, Armada Creative Director Mackel Vaughn worked with the layers within the ski and kept the design language elegant and simple, utilizing clean lines inspired by Art Deco.

Klenk first took the Reliance 102 Ti on her favorite groomer at Alta, Aggies Ally, where she carved and felt the framework of the ski. “It felt like my dream ski from the very first turn,” says Klenk. That was all the warm-up the duo needed. Next, she took it straight to Highboy. “That’s where the skis’ real personality shone through,” she says. “It’s playful, but badass. It’s poppy, but sturdy. It’s reliable, but rowdy. This ski will go at your pace but remind you it’s always ready to rally when you are.”

“I like this even more than the Declivity. Fun to carve, then point it at a jump, load up the tails and fly to the moon before touching down and digging trenches.”